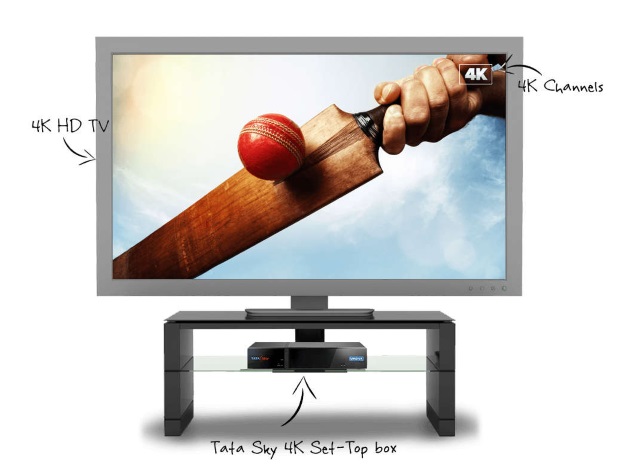 "Subscribers can enjoy it as their first connection or an additional STB at home with the Tata Sky MultiTV connection option," the company said in a statement.

The company added that the new Tata Sky 4K will offer Dolby Digital Plus 7.1 surround sound and will deliver 4K content at 3840x2160 pixels.

Tata Sky stressed that the new 4K set-top box offering "ultra-HD (UHD) 4K picture clarity" will be targeted at the subscribers of the forthcoming cricket World Cup starting next month, giving us an idea of the release timeline.

"The launch of the Tata Sky 4K set top box has been timed just before the cricket matches. This will ensure that cricket and sports enthusiasts are well in time to own Tata Sky 4k STBs to witness the cricketing extravaganza for the first time in 4K picture quality," it notes in the statement.