Star Wars in VR, Coming to a Google Cardboard Near You 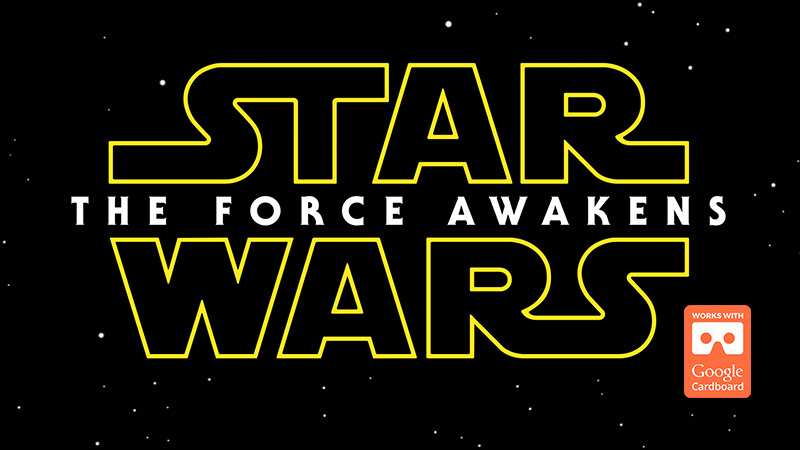 With the release of Episode VII: The Force Awakens less than a month away, Disney has announced its collaboration with Google that will see the launch of serialised virtual reality (VR) content starting December 2 for the latter's low-cost VR headset, Google Cardboard.

Most movies tend to have a couple of trailers leading up to the release. For franchises - especially superhero ventures - this extends into creating a whole set of merchandise, from action figures to even this weird The Dark Knight-themed burger produced by Burger King.

But for Star Wars, which sees the release of its seventh instalment next month, the first merchandise appeared in the market even a year before its release. The stream of promotional material has picked up in recent months, beginning with the Force Friday event in September which featured the adorable smartphone-controlled BB-8 droid and Kylo Ren's unique and menacing light saber.

Following up to this week's news of an optional visual transformation of your Google apps based on your preference of either side of the Force, Disney reported that the VR content - developed by Industrial Light & Magic's new division ILMxLAB - will be episodic in nature and will directly link into the opening scenes of The Force Awakens. John Gaeta, famous for his work on the Matrix trilogy with the film's iconic "bullet time" scenes and "virtual cinematography" is the force behind ILMxLAB so it should be interesting to see what is in store.

It will available for both iOS and Android on the official Star Wars app - in exactly a week's time - on December 2. In the meantime, head over to Google and type in the opening lines of every Star Wars film yet.