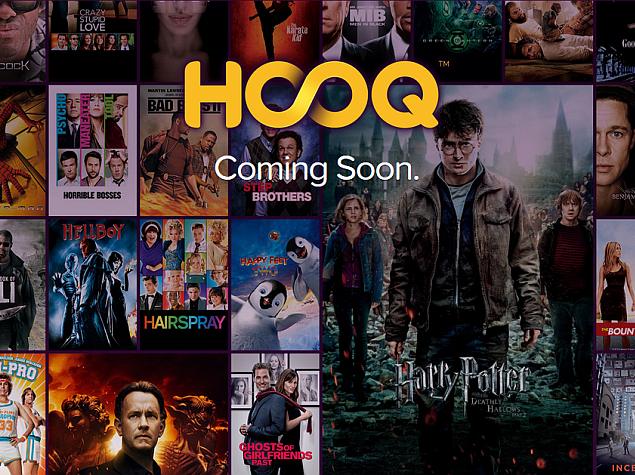 Hooq, a joint venture of SingTel, Sony Pictures Television and Warner Bros, on Tuesday said it will launch its video-on-demand service in India to tap the growing demand for international and regional content in the country.

With over 15,000 international and local titles in its catalogue, Hooq will offer its services in India from June at Rs. 199 per month. Accessible via the Hooq.tv website, the ad-free content can be viewed via computers, smartphones, tablets and Android set-top boxes. A download button will also be available for offline viewing option.

Users can pay for subscriptions through credit card, debit card, cash card, net banking, and mobile wallet payment options. Hooq says that with the Rs. 199 subscription, users will be able to access content across five devices, and two devices can be used simultaneously.

"We will bring the best of Hollywood and regional content to customers in the country. With a library of 15,000 titles already, we are in discussions with various partners for collaborations for content and delivery (including telecom operators and device makers)," Hooq Chief Executive Officer Peter Bithos told PTI.

Singapore's SingTel (a partner in Hooq) is a stakeholder in India's largest telecom firm Bharti Airtel, while Sony Pictures Television and Warner Bros also have operations in India.

Set up in January this year, Hooq already offers its video-on-demand services in Philippines and Thailand.

Bithos, however, declined to give details of its current or projected user base.

"India already has about 130 million pay TV users. We are targeting millions more. Users will pay for premium content if it is made available as per their convenience. For Rs. 199, they get access to unlimited content across five devices and two devices can be used simultaneously," he said.

Bithos added that a lot of content is being consumed on the go and India's huge smartphone base presents a huge opportunity to players like Hooq.

"We've built our service knowing the constraints and infrastructure issues faced by customers every day. We have designed our service specifically for challenges in India like low bandwidth and speeds to ensure that users can enjoy uninterrupted viewing experience," Bithos said.

Asked about the company's expansion plans, he said the company will start with the metros and gradually expand to tier I and II towns. It will also invest "millions" towards marketing the service.