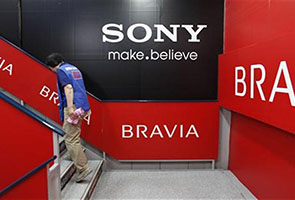 The two companies are in talks to develop the technology to build the screens at more affordable prices as they look to counter competition from South Korea's Samsung Electronics and LG Electronics.

Japanese firms that dominated the global TV market in the 1980s and 1990s have been battered by their aggressive Korean rivals, along with weak demand for the TVs. By combining their research and development resources the firms are hoping to regain ground from their foreign rivals.

While Sony is developing technology to fabricate screens using sprays, Panasonic is using inkjet printer technology to make prototype OLED screens, and has invested 30 billion yen to set up a test production line at a plant in Japan, the Nikkei business daily reported earlier.

The company did not immediately respond to a request to comment on the 15-20 percent guidance figure given by Barclays.