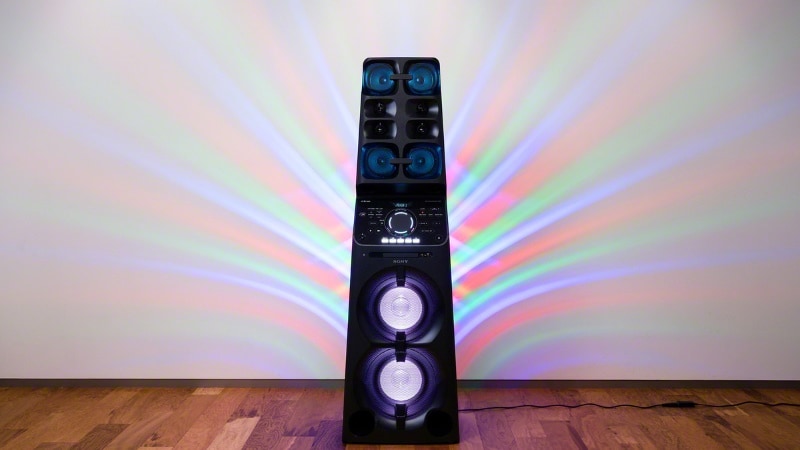 Expanding its premium speakers' lineup, Sony India on Thursday launched the MHC-V90DW home audio system in India for Rs. 65,990. It will become available to buy in India via Sony Center and authorised retail stores from September 21.

The Sony MHC-V90DW, which features a built in tower speaker, stands 1.7 metres tall with wheels and handle bar to move it around and an open back-type cabinet, delivering an output power of 2,000 watts.

The Sony MHC-V90DW home audio system comes with a gesture control feature to allow users control volume and soundtracks by waving the hand, the company said in a statement. It is also equipped with motion control enabling users to perform operations by shaking their smartphones. Another standout feature is the guitar input, which with the press of the guitar key lets users plug in their guitar and get a 'powerful sound'. Also highlight-worthy is the karaoke mode.

The home audio system features a backlit touch panel interface, apart from multi-colour speaker and woofer lights, to set the party atmosphere. It supports music services such as Google Chromecast and Spotify, the company added. The Sony MHC-V90DW can be integrated with the Sony Music Center app, allowing users to control tracks and other aspects of playback from their smartphones and tablets.