Sony has announced ES Series of speakers at its event held before IFA, Berlin. According to the company these new speakers will take the acoustic performance of its acclaimed SS-AR1 Series to the next level.

The SS-NA2ES floor standing speaker shares the same two-part enclosure construction as its predecessor. It comes with two separate enclosures - one for the woofer and the other for the mid-range and tweeter. As per Sony claims, this will ensure that vibration will not spill over from one to the other and make sure that the clarity and integrity of the sound is unimpaired.

In developing the ES Series, Sony has incorporated the I-ARRAY System, which features one main soft dome type tweeter, supported by two smaller ones. As I-Array is using three tweeters instead of usual one, it can reproduce higher frequency sound across a wider field, which is similar to natural vocals.

"From the carefully selected birch wood used in making the speaker cabinets to the ingenious compartmentalised construction of the floor standing unit," says Hiromasa Miyamoto, General Manager - Strategic Product Management at Sony Europe, "with the ES series speakers, we've done everything we can to make the sound as rich, precise and natural as possible. Whether you're a seasoned audiophile or a regular music lover, you'll notice the difference in every performance." 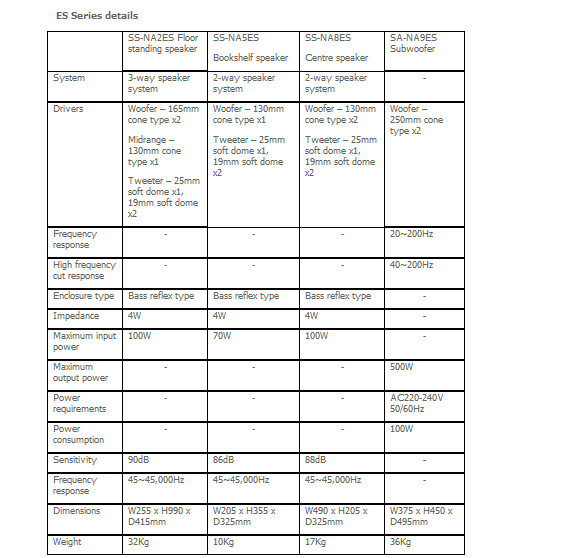