Sony took the wraps off four new lines of Bravia 4K LCD televisions at CES 2015. The company also announced what it calls the "thinnest TV" till date, which sports a thickness of just 4.9mm at the thinnest point.

Out of the four, the new X9000C Series 4K LCD televisions, which include a 55-inch and 65-inch models, sport a thickness of just 4.9mm. The company credits the new "revolutionary floating style" for the slim profile and claims that the TV is "virtually frameless and mounts flush to your wall." Unfortunately, the Japanese electronics giant has not revealed price of any new Bravia models.

Newly launched Bravia 4K LCD TVs will be available in a size range of 43-inches to 75-inches and in total include nine new models. The new 4K Bravia LCD TV range sport a screen resolution of 3840x2160 pixels and include TRILUMINOS Display panels.

One of the most notable feature of the new Sony 4K Bravia LCD TVs are they run on Google's latest Android TV operating system. The OS allows easy streaming of videos, and even is ideal for gaming, claims Sony. 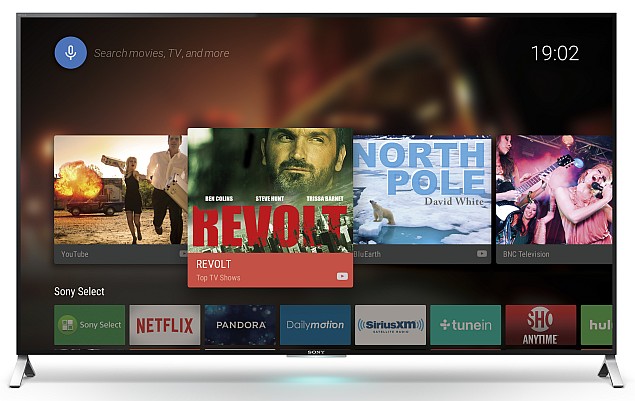 With Android TV, the new Bravia range of 4K LCD TVs supports Google Cast that allows users to cast content from mobile devices, and the Voice Search, which is available via the remote which features a microphone and a touchpad. The TVs also come with Google Play access.