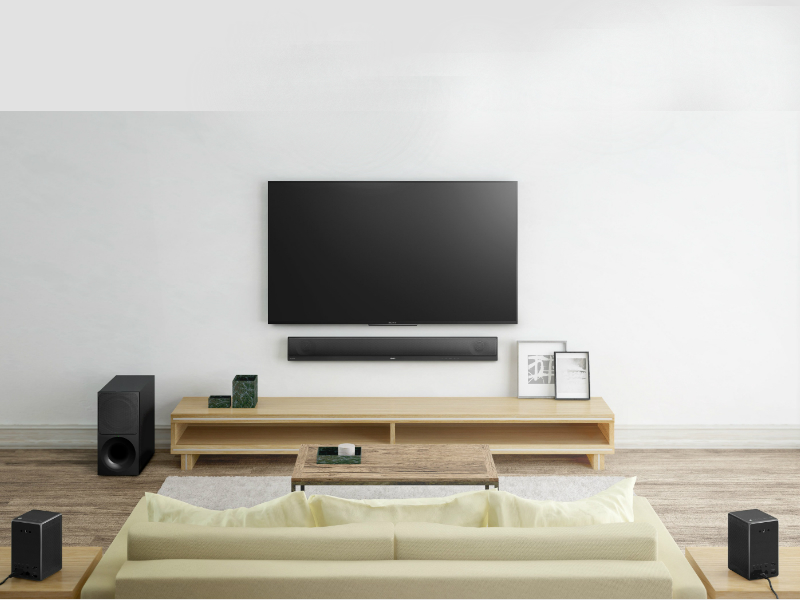 Sony has enhanced its audio line up by introducing the HT-RT5 and HT-RT3 sound systems, accompanied by HT-CT790 and HT-CT390 soundbars in India. The products will be available in all Sony Centres and major electronic stores across the country.

Expanding the Sony soundbar line-up are the HT-CT790 and the HT-CT390. The former will be available from July 16, and is priced at Rs. 35,990; while the HT-CT390 will be available from July 20 at Rs. 24,990. The HT-CT790 sports 15-inch of height, and is 2.5-inches slim. It offers 330W of peak power, works with the company's own sound deflector, and Sony's S-Force Pro front surround technology for great sound quality. It also supports Bluetooth, NFC, and Wi-Fi for wireless listening. The HT-CT390 offers slightly less power at 300W, and supports only Bluetooth, and NFC connectivity.

Sony has also launched the HT-RT3 and HT-RT5 soundbar systems in the country. While the HT-RT3 is available now at Rs. 18,990, the HT-RT5 will be made available from July 18 at Rs. 54,990. The HT-RT3 5.1 channel home theatre comprises of a sub-woofer, two wired rear speakers, and a soundbar. It comprises to a total power of 600W for 'superior audio quality'. Furthermore, the HT-RT3 supports Bluetooth, and NFC for wireless connectivity; and also offers options for USB and HDMI output.

Lastly, the HT-RT5 is a 5.1 channel surround sound system comes with full wireless speakers, and comprises total power output of 550W. Alongside Bluetooth, and NFC support, it also brings the option of Wi-Fi for wireless connectivity. Furthermore, options for USB, 3 HDMI inputs, and 1 HDMI output are also available.

Sony also made all the four audio devices compatible with its Songpal app which allows users to browse contents of a pen drive on their smartphone.