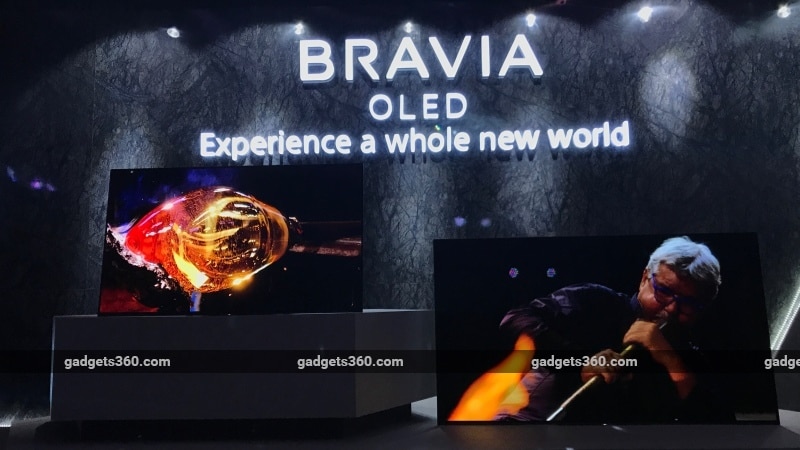 Sony first showed off its brand new OLED 4K HDR TVs at this year’s CES 2017, and now, the company has launched the A1 series in India. The TVs boast of a monolithic design language, Dolby Vision HDR, and a newly developed X1 Extreme image processor. The A1 series will currently have two sizes - a 65-inch model (KD-65A1) that’s priced at Rs. 4,64,900 and a 55-inch model (KD-55A1) that’s priced at Rs. 3,64,900. If you pre-book either TVs from August 1 to 15 from select dealers, you are entitled to get a PlayStation 4 gaming console.

Coming back to the new Sony A1 series, the company promises rich black levels and wide viewing angles from its 4K OLED panels. Sony has dabbled before with monolithic designs in its televisions before and its bringing that trend back with its new ‘One Slate’ design concept. However, since OLED panels are emissive, the space that would typically have been used for the LED backlighting is now being used for the speaker. The company claims to have developed a new ‘Acoustic Surface’ technology which can emanate sound directly through the display itself. Two actuators help vibrate the screen to produce sound in all directions. There’s also an integrated subwoofer in the back for better bass.

The Sony A1 series supports the Dolby Vision HDR standard and also runs on Android TV 7.0 with the company’s own UI. Voice search is also present and there’s support for up to 42 Indian languages using the special remote that is included in the box. The TV has 16GB of internal storage which is expandable and has Wi-Fi and Chromecast support. Physical ports include four HDMI connectors, three USB ports, analog video inputs, digital audio-out, headphone socket, and a Ethernet port.