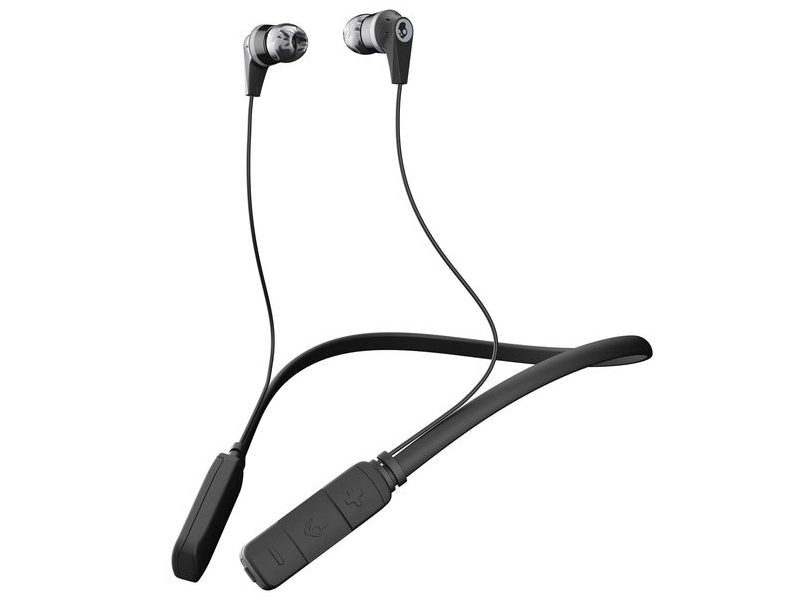 Skullcandy has launched the Ink'd Wireless headphones in India for Rs. 3,999, which will be available at all leading stores both online and offline. The new variant is the wireless version of the Rs. 1,399 Ink'd, one of the company's popular wired in-ear headphones, bringing a different design and Bluetooth connectivity.

"Our wireless product innovations were well-received in 2015. Ink'd Wireless will continue our mission to launch headphone in style that change consumers' expectations of Bluetooth product's aesthetics and acoustic performance." says Amlan Bhattacharjya, founder and CEO of Brandeyes Distributors Pvt. Ltd.

The headphones feature a new low-profile flex collar that holds the cable in place and also contains the battery and in-line controls of the headset. Battery life is claimed to be seven hours by the company, and the Ink'd Wireless will join the Smokin' Buds 2 Wireless model as the second wireless in-ear model from Skullycandy available in India.

This is Skullcandy's second major wireless launch in India in the last month after the Grind Wireless, which is also a wireless upgrade to one of the company's popular wired products and costs Rs. 6,499.

Also of note is the fact that Skullcandy only last month announced that it will be merging with American accessories maker Incipio in a cash deal worth roughly $177 million. The companies added that the merger deal has been approved by Skullcandy's and Incipio's boards of directors, and that it is expected to close in the third quarter of 2016, subject to regulatory approvals.
Comments