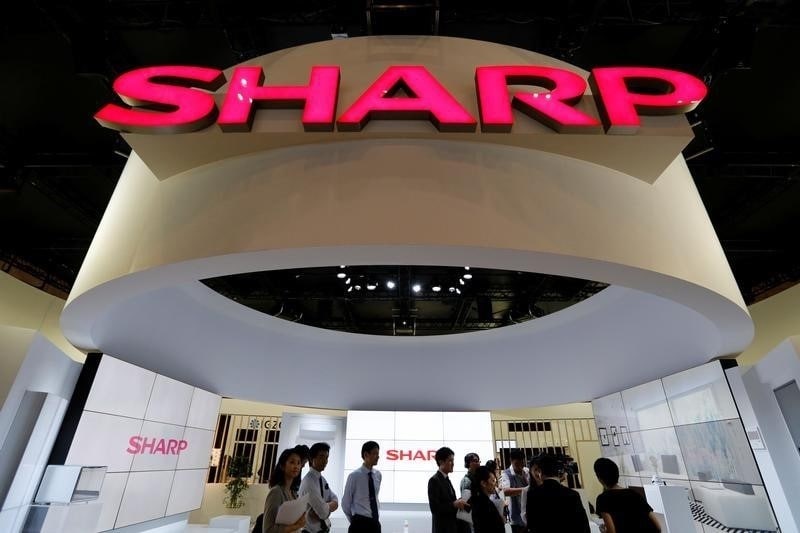 Japan's Sharp Corp on Wednesday said it expects significant improvement in annual profit due to restructuring and synergies with new owner Foxconn, sending shares in the display maker soaring more than 10 percent.

The statement came after the Nikkei business daily reported that Sharp forecasts operating profit of about JPY 40 billion ($385 million) for the business year through March. That would compare with the JPY 6.6 billion average of 11 analyst estimates in a Thomson Reuters I/B/E/S poll.

Sharp cut about 6,000 jobs to 43,500 in the last financial year through early retirement and an operations overhaul including withdrawal from its money-losing North American TV set business.

On Wednesday, Sharp said it expected profit to improve but revenue to fall. Its shares subsequently jumped nearly 11 percent to their highest price in about six months, far outperforming the benchmark Nikkei average share price index.

"Sharp stopped the bleeding by cutting fixed costs, but that's only a stopgap measure," said analyst Hideki Yasuda at Ace Research Institute. "It's still unclear how the company can attain its topline growth. It needs to find a new growth driver."

The prospects of Sharp's mainstay display panel business - the root cause of its decline - remain dim.

The global panel market is on the cusp of improvement as a production cutback resolved a supply glut and new product launches including Apple Inc's latest iPhone temporarily boost demand.

But Sharp still has to find ways to compete with Chinese peers rapidly expanding capacity, and with South Korean makers far ahead in next-generation technology. Apple is widely expected to adopt that technology - organic light-emitting diode (Oled) - for future versions of its iPhone, analysts said.

Sharp said it would provide a full-year earnings forecast on November 1, when it announces its second-quarter results.