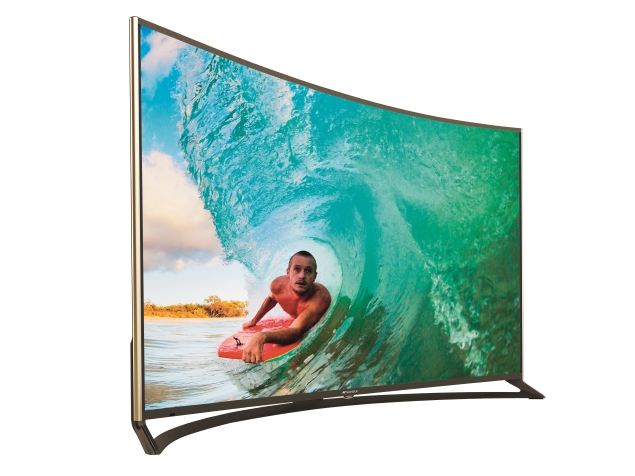 After spending the last few years under the radar, Sansui is making a serious effort at regaining market share in India with the launch of four new series of TVs, including its new flagship curved 4K LED TV, flat 4K TV, Smart and Connect ranges. Sansui now sells a wide range of TVs in India, priced from Rs. 11,990 to Rs. 1,99,990. The 55-inch Curved 4K LED TV is the most expensive product of the range, although Sansui has also announced that they intend to launch a new range-topping 65-inch Curved 4K LED TV in July.

Featuring a 3840x2160 pixel screen, the Curved 4K TV from Sansui is the first of its kind by a Japanese brand in India. Samsung and LG, both Korean manufacturers, already have curved LED models available in the Indian market. Curved TVs are considered a superior viewing experience because when the viewer is seated properly in front of the TV, all points on the screen are equidistant from the viewer's eyes.

Sansui has also launched a standard range of flat 4K TVs in a variety of sizes starting from 43-inches, as well as a Smart range and Connect range. The Smart range, as well as the 4K ranges, all have smart functionality and run on a highly customised version of Android Jelly Bean. The Connect range feature inbuilt set-top boxes which work with the Videocon d2h satellite TV service.

Sansui was established in 1947 in Japan, and commenced operations in India in 1997. After a period of high growth last year, Sansui hopes to double its market share in the Indian market this year, and will use these new ranges to attempt to achieve those goals.