Samsung India on Tuesday launched its new QLED TVs in the country, unveiled earlier this year at an event in Paris. The company has launched five models in India - Q7, Q7F, Q8, Q8C, and Q9 - priced between Rs. 3,14,900 and Rs. 24,99,900. The five new QLED TV models will become available to purchase in India this month.

The South Korean consumer electronics giant also detailed a pre-booking offer for the new QLED TVs. If consumers pre-book a QLED TV between Tuesday, May 2 and May 21, they will avail a Samsung Galaxy S8+ smartphone for free, in its Gold colour variant.

To recall, Samsung's new QLED TVs are based on Quantum Dot technology, which are nano-sized particles the company says turn light into colour. Samsung boasts that the technology allows for darker blacks and brighter whites. Brightness levels between 1,500 and 2,000 nits can be expected from the televisions. The TVs are said to also be capable of producing 100 percent colour volume. 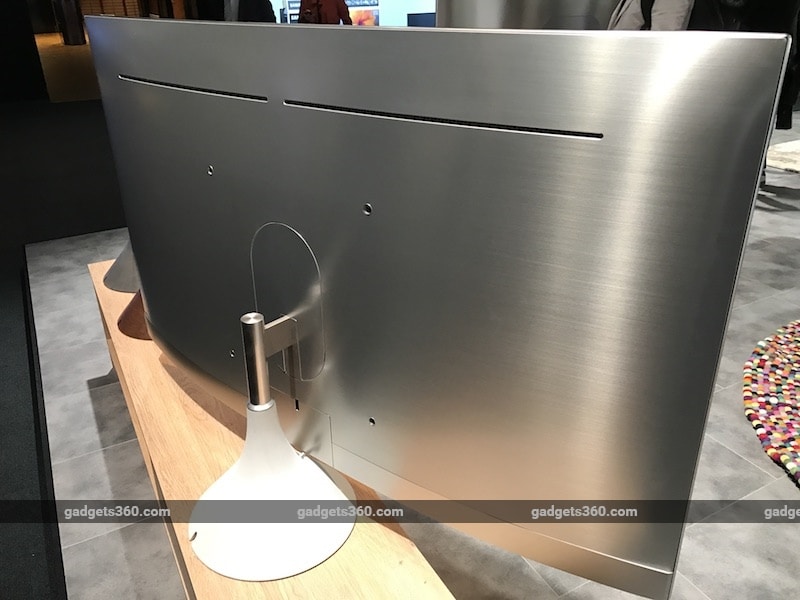 Alongside the new display tech, Samsung has also developed a new no-gap wall mounting solution that will make the QLED TVs sit "absolutely flush with the wall." Other mounting options users will have include a Gravity Stand (seen above) and a Studio Stand. The new QLED TVs also sport a new optical cable that is aimed at reducing cable clutter by being the single cable (apart from power) that connects to the TV. The optical cable in turn connects to the Samsung One Connect Box.