Rogue One: A Star Wars Story's First Trailer Out Now 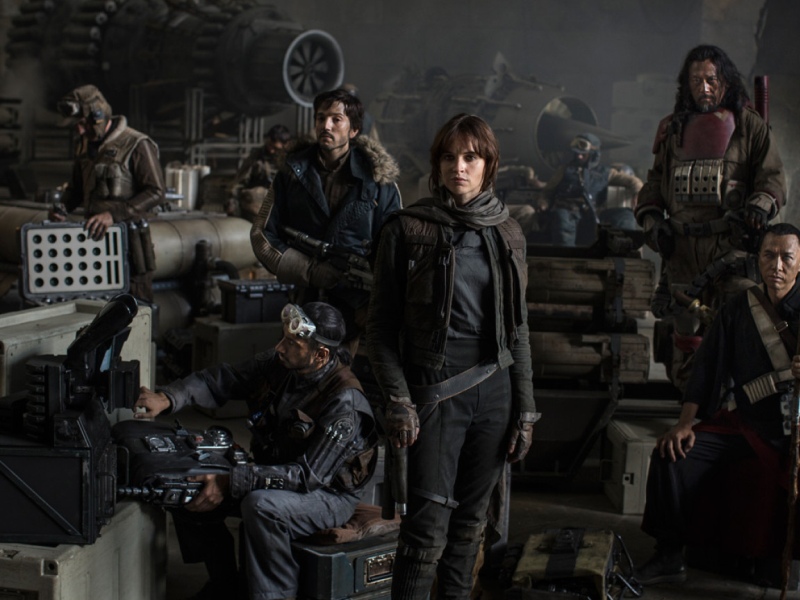 For Star Wars fans, one of the most promising developments to take place after Disney acquired Lucasfilm, was the promise of spin-off movies that explore the expanded universe that the movies are set in. This would allow the company to push out a new Star Wars film every December, without having to rush through the production of the movies in the new trilogy. With Episode VII: The Force Awakens last year, Disney managed to pull off a film that pleased both critics and fans alike. Now, it's going to try and do the same for the first of the spin-off movies, titled Rogue One: A Star Wars Story.

The first trailer for the movie, which will release in December 2017, is out now. It was tweeted from the official Star Wars twitter account, and you can watch the trailer for yourself here:

It's way to early to say anything about the movie as of now. All we've seen is a clip that's barely two minutes long. But the hype levels are off the charts here, and Disney has managed to tap into the same kind of excitement that it had delivered with the very first trailers for The Force Awakens.

Rogue One is a Star Wars anthology film, so we're finally moving away from the story of Luke Skywalker and his family. Set before Star Wars Episode IV: A New Hope, Rogue One is the story of a band of rebel fighters who have to steal the plans for the Death Star before it can be used to enforce the Emperor's rule. We already know that they were successful - otherwise A New Hope could never have happened - but it still looks like a very exciting movie. It also looks set to pull all the nostalgia bells, as it features the classic John Williams music, and features shots of the Death Star, the Star Destroyers, ATATs shooting at soldiers on the ground, and just about everything that a dedicated fan would be looking for in this trailer.

It's great that the Star Wars franchise will be exploring more than just the history of the Jedi, and the trailer makes it look like it's going to be a high-adrenalin ride with lots of callbacks as well. All the characters are looking great and so far the little action we've seen is simply mind-blowing. It's going to be a while before we have a clearer picture about what to expect, so it is probably best to keep your hopes in check for now, but it's pretty hard not to start clapping at the end of even this one-minute trailer. You can see a young Mon Mothma, and what could be a young Emperor, though it was strange to see a trailer for a movie which will have Darth Vader in it and not see him for even a second. Still, they've got to leave something for the next teaser right?