Redmi TV was launched in China last month, and featured some impressive specifications at its price. 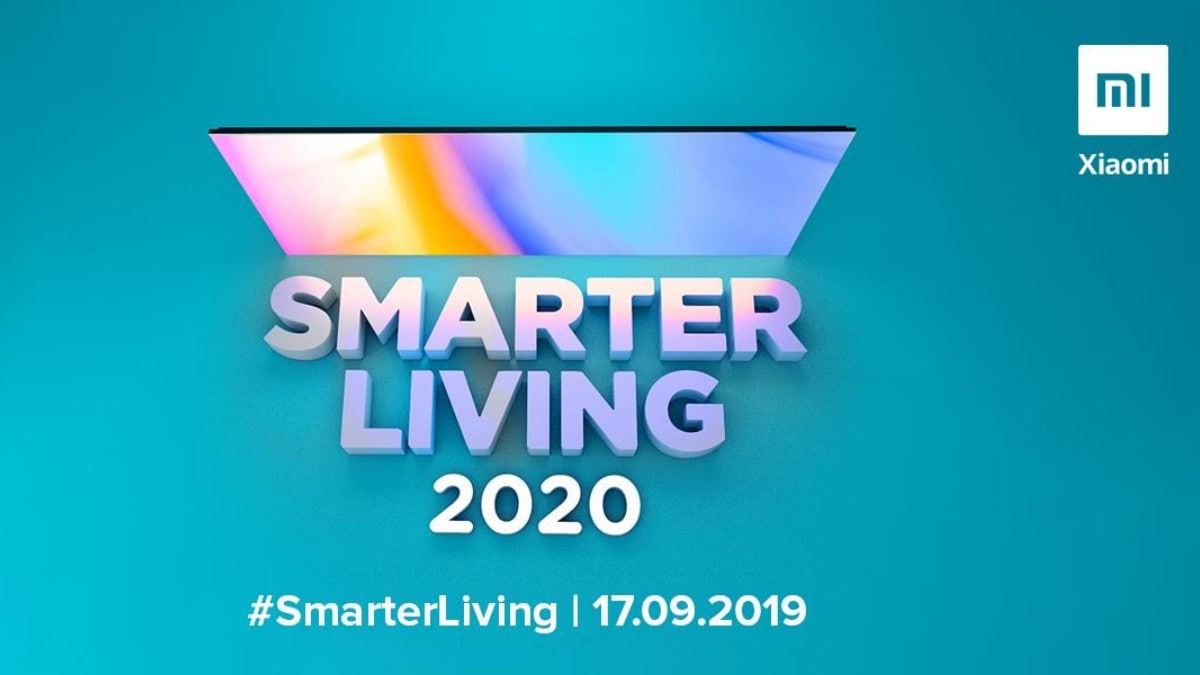 Xiaomi is slowly expanding its smart home portfolio in India, launching products ranging from smart bulbs to lifestyle products and household paraphernalia. The company has now begun teasing the arrival of a new product in India that might well turn out to be the freshly launched Redmi TV 70. The official Xiaomi India Twitter account has dropped a couple of hints, suggesting that the Redmi TV 70 might be launched in India at an event on September 17. Separately, it has sent invites for a launch event in Bengaluru on the day The Chinese company already sells a wide range of smart TVs in the country under the Mi LED range, and appears to be gearing for another addition to its smart TV portfolio.

The official Xiaomi India Twitter handle has shared a teaser that shows what appears to be a TV, and prominently mentions the 'Smarter Living 2020' launch date of September 17. While Xiaomi is yet to reveal the name of the product, the image of a TV with thin bezels suggests that the Redmi TV 70's India launch might be in the pipeline. Another tweet from the handle suggests that multiple smart home devices might be launched in India later this month.

Also, the official Mi TV India Twitter handle shared a message claiming that the company has seeded 40 updates to its lineup of Mi TV devices on India. And while that is an achievement in itself, the post mentions that a bigger news will come out of the launch event on September 17. The accompanying image again shows a TV with thin bezels from an angle, which might turn out to be the Redmi TV 70.

Notably, Xiaomi recently also launched a full-screen Mi TV range and a 65-inch Mural TV in China, and these may be the models that Xiaomi brings. There are also some 75-inch and 65-inch Mi TV models that have not yet been brought to India, and these may be the models launched in the country. The invite adds that at the September 17 event, things will get “things get bigger and better!”

To recall, the Redmi TV 70 was launched in China late last month, packing some impressive specifications at a price point of roughly around Rs. 38,000. It comes equipped with a 70-inch 4K screen with HDR support and runs on the company's PatchWall platform. It is powered by the quad-core 64-bit Amlogic SoC ticking alongside 2GB of RAM and 16GB of internal storage. It also has support for Dolby Audio and DTS HD technology for offering superior multimedia consumption experience.