Realme Smart TV 4K could come with SLED technology that is currently present on the company's 55-inch offering. 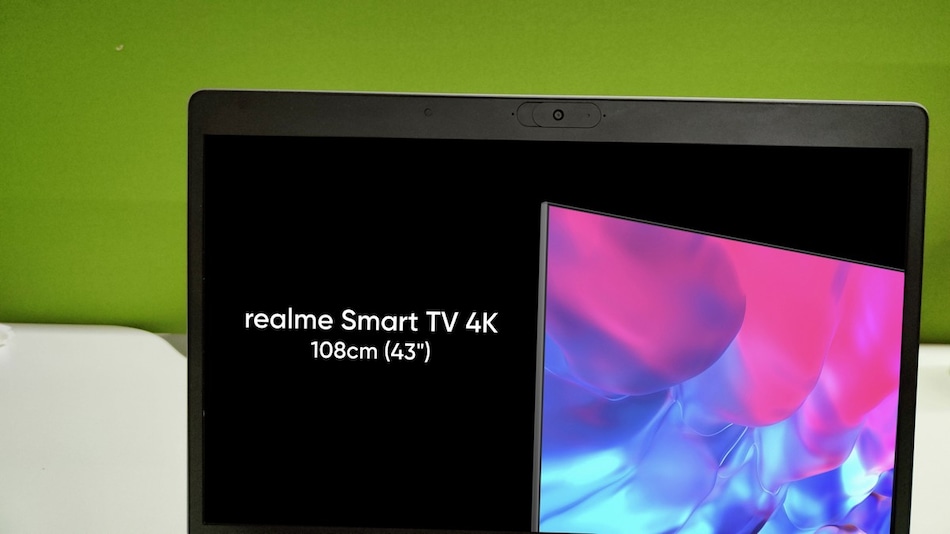 Realme Smart TV 4K 43-inch has been teased by the company. Company CEO Madhav Sheth shared the news through a tweet with only a small image of the TV itself and no other details except for the name. Currently, Realme offers three Smart TV models in India and none of them fill the 4K 43-inch segment which gives the upcoming TV a place to fit in. Realme has not shared pricing or availability for Realme Smart TV 4K 43-inch yet.

Realme Smart TV 43-inch could come with SLED technology that is present in the company's 55-inch offering. There could be multiple TVs including a 50-inch model coming next month, as teased by Sheth. Last week, in a reply to a Twitter user's tweet asking about a 49-inch or 50-inch TV, Sheth said “How about next month?” indicating that Realme plans on bringing multiple TV sizes to India sometime next month.

Realme is planning on launching its first MediaTek Dimensity 1200 SoC-powered smartphone in India “very soon.” While the company did not reveal which phone it will bring to the country, it is believed to be Realme GT Neo that was launched in China last month. It is powered by the Dimensity 1200 SoC and comes with impressive specifications such as 120Hz refresh rate, triple rear cameras, 5G, and 65W fast charging support.