Realme Smart SLED TV has launched in India in a 55-inch size. The new smart TV touted to be the world's first SLED 4K TV that is designed to bring a flagship-level cinematic experience. The Realme Smart SLED TV 55-inch flaunts a “bezel-less, metal design” that offers a thin bezel of 9.5mm. It comes with the SLED panel that has been co-developed by Realme and the chief scientist of the SPD technology John Rooymans. In addition to the Smart SLED TV, Realme has launched its first soundbar in the Indian market, the Realme 100W Soundbar. The new offering comes with a 40W subwoofer and includes 60W full-range speakers.

The Realme Smart SLED TV 55-inch runs on Android 9 Pie and features a Cinematic Display that offers 4K Ultra HD resolution along with 1.7 billion colours. The proprietary display panel comes with a 94.6 percent screen-to-body ratio. It is also claimed to deliver an NTSC colour gamut of up to 108 percent. Unlike a traditional LED panel that uses a single white backlight that goes to the RGB filters, the SLED panel uses an SPD backlight with RGB LED lights at the back. This enables the display to produce the higher colour gamut, which is claimed to be similar to what you'll get on a QLED panel.

Under the hood, the Realme Smart SLED TV 55-inch comes with a quad-core MediaTek SoC that has a 1.2GHz Cortex-A55 CPU, paired with Mali-470 MP3 GPU and 16GB of onboard storage. The TV also includes 24W quad stereo speaker system along with Dolby Audio technology.

The Realme Smart SLED TV 55-inch comes with Google Assistant support. Connectivity options include three HDMI ports, two USB ports, one AV out, one Ethernet port, and a headphone jack. The TV also has Bluetooth v5.0 and Infrared as well as dual-band Wi-Fi support on the part of wireless connectivity. Furthermore, there is a smart remote with dedicated hotkeys to access Amazon Prime Video, Netflix, and YouTube.

The Realme 100W Soundbar comes with two full-range 2.25-inch 15W speakers and two 15W tweeters that bring a total output of 60W. There is also the 40W subwoofer that has a 50Hz to 24KHz low frequency enhancement. 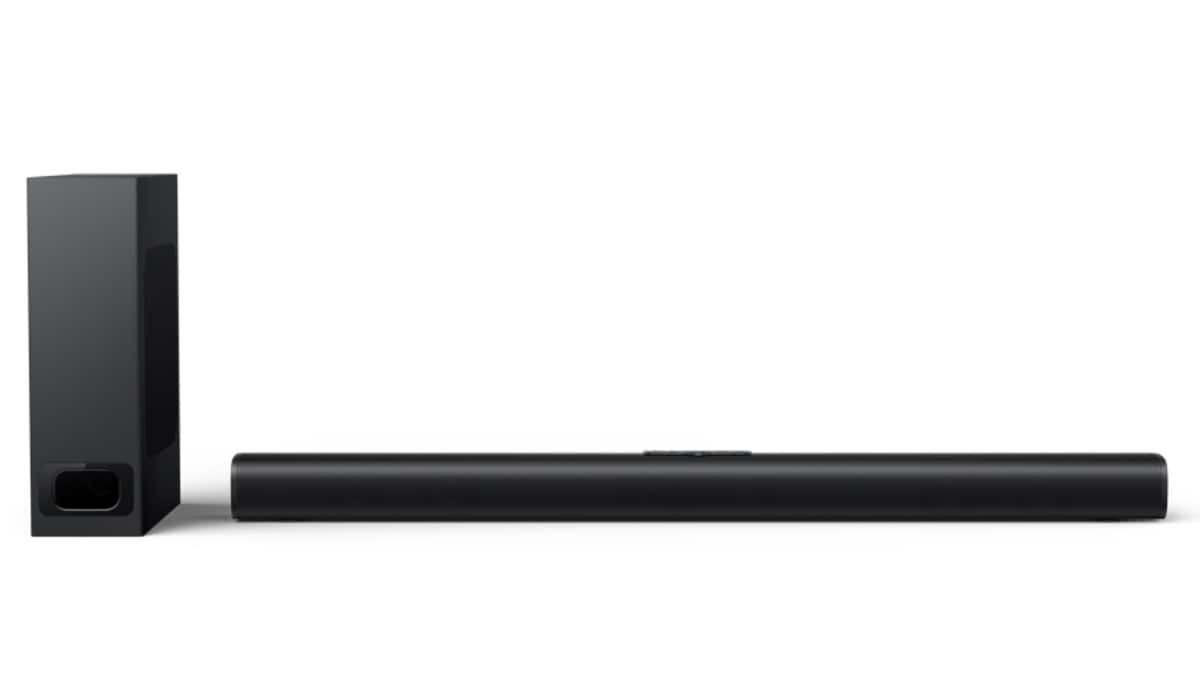 In terms of connectivity, the soundbar comes with an optical audio port, coaxial port, HDMI (ARC) port, Aux in, and USB port as well as Bluetooth v5.0. Realme claims that the soundbar is capable of increasing the TV sound by 200 percent.