Qualcomm has debuted a new Bluetooth SoC aimed at truly wireless headsets, during its keynote at CES 2018. Also announced at the trade show were an expansion of capabilities and product applications for the Qualcomm Mesh Networking Platform and Reference Design, wider support for the Qualcomm Smart Audio Platform, and developments in the automotive space.

The Qualcomm Low Power Bluetooth SoC QCC5100 series has been designed to help manufacturers make compact, feature-rich, wireless earbuds, hearables, and headsets, Qualcomm said. The company has claimed that the new SoC series has been engineered to decrease power consumption by up to 65 percent for both voice calls and music streaming, compared to previous single-chip Bluetooth options. 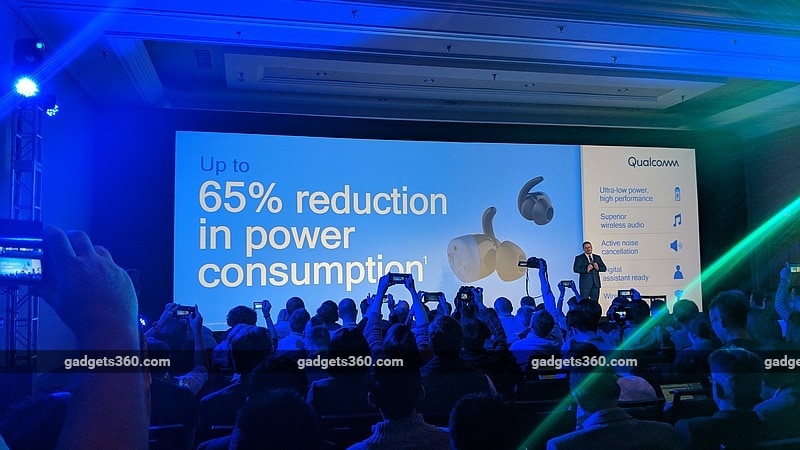 With the new feature, Qualcomm has taken on Apple AirPods. Qualcomm and Apple are already in a patent feud. Meanwhile, the chip maker has informed that some example designs based on the QCC5100 series will be available in the first half of 2018. 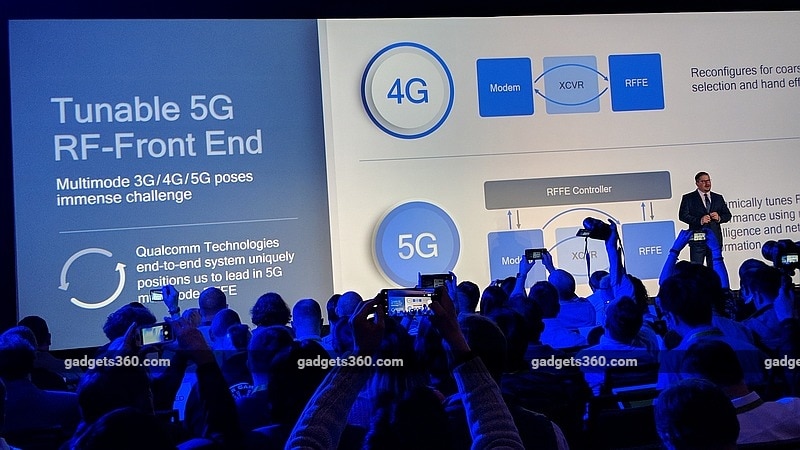 As we mentioned, Qualcomm, at CES 2018, made a plethora of other announcements. Qualcomm said that its RF front-end portfolio delivers mobile solutions that support 'groundbreaking technologies' like Gigabit LTE, 4x4 MIMO, and LTE Advanced. It said that it is crucial to the evolution and commercialisation of 5G technologies in 2019. Qualcomm claims that 5G will finally be available on smartphones by 2019.

In terms of networking platform for smart homes, Qualcomm has announced the expansion of capabilities and product applications for the Qualcomm Mesh Networking Platform and Reference Design. With the integration of Qualcomm Aqstic and Microsoft's digital assistant Cortana, Qualcomm is adding voice recognition capabilities in the platform. Qualcomm is also expanding the range of products which support the Mesh Networking Platform, which includes smart speakers, smoke detectors, security systems, and smart bulbs. This means that Qualcomm's Smart Audio Platform will now support Microsoft Cortana.

The Qualcomm Smart Audio Platform has also been qualified by Amazon for the Alexa Voice Service (AVS). It is the first announced fully end-to-end audio processing and system reference design for AVS from a single vendor, Qualcomm claims. 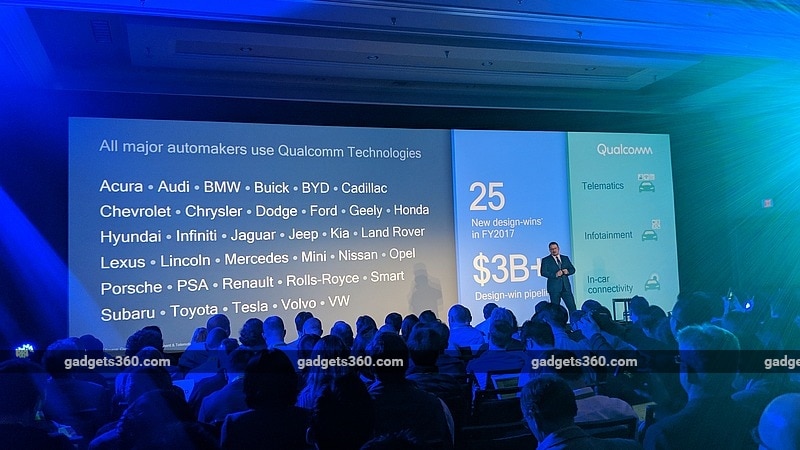 Interestingly, Jaguar Land Rover has revealed that it is working with Qualcomm and using its Snapdragon automotive platforms to power telematics, infotainment and digital cluster with integrated connectivity, and rear seat entertainment. Additionally, Qualcomm announced that it will powers car technologies in the 2018 Honda Accord. The 2018 Honda Accord features a Snapdragon Automotive Platform to power applications for its in-vehicle infotainment and navigation system. Meanwhile, Chinese new energy company, BYD has said that it has selected Qualcomm's automotive solutions for upcoming electric vehicles. The Qualcomm Snapdragon 820A Automotive platform is planned to power the BYD electric vehicles, expected to launch in 2019.