OnePlus TV series may have a 32-inch models and a 43-inch model, along with a larger 55-inch variant. 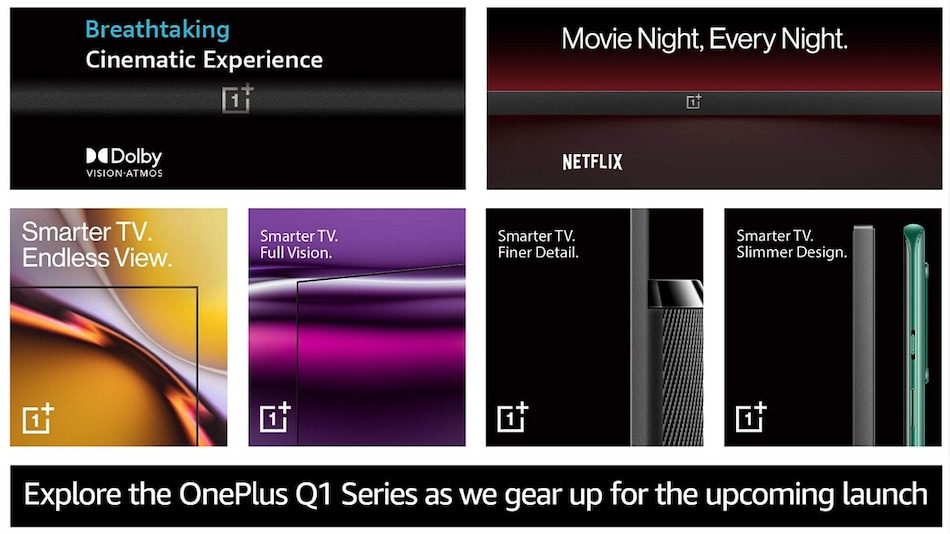 OnePlus TV will have a 95 percent screen-to-body ratio

OnePlus has teased the pricing for its upcoming TV series and also revealed there will be three TV models. Through a tweet, the company shared that the starting price for the upcoming TV models will be Rs. 1X,999 and it will go up to Rs. 4X,999. As of now, OnePlus has not revealed the screen sizes for the three models and only a few details about the features are known. The OnePlus TV models will be unveiled this week, on July 2, and are currently up for pre-booking on Amazon through the extended warranty offer.

OnePlus India, over the weekend, tweeted about the upcoming TV models and revealed that there will be three smart TV models at different prices. The starting price, as per the tweet, is Rs. 1X,999, which has been previously teased by the company. There are two more TV models, priced at Rs. 2X,999 and Rs. 4X,999 respectively. While the company has not shared the sizes for these TV models, previous leaks lead us to believe the Rs. 1X,999 OnePlus TV will be a 32-inch HD TV and the Rs. 2X,999 will be a 43-inch full-HD TV. These to TV models were spotted on Bluetooth SIG website.

The Rs. 4X,999 OnePlus TV is presumably a 55-inch model. It could come with a 4K display, like the older OnePlus TV Q1 and Q1 Pro. However, some exclusions in features and specifications can be expected in the upcoming 2020 OnePlus TV series.

As of now, only a few features of the TV are known. Company CEO Pete Lau has previously teased that the upcoming TV models will come with an “innovative Gamma Engine” and 93 percent coverage of the DCI-P3 colour gamut. It was also teased that the upcoming OnePlus TV will have a 95 percent screen-to-body ratio and will be thinner than the OnePlus 8 series of smartphones. Additionally, the built-in speakers have been rotated 90 degrees for 50 percent deeper bass. There is a carbon fibre pattern at the back and the as per a recently tweet by Lau, OnePlus TV supports Cinematic Display and Dolby Vision, and has preloaded Netflix app. However, it is unclear if these specifications are exclusive to the top end variant of all three OnePlus TV models.

The OnePlus TV models are up for pre-booking on Amazon and customers can do so by purchasing the extended warranty for Rs. 1,000.