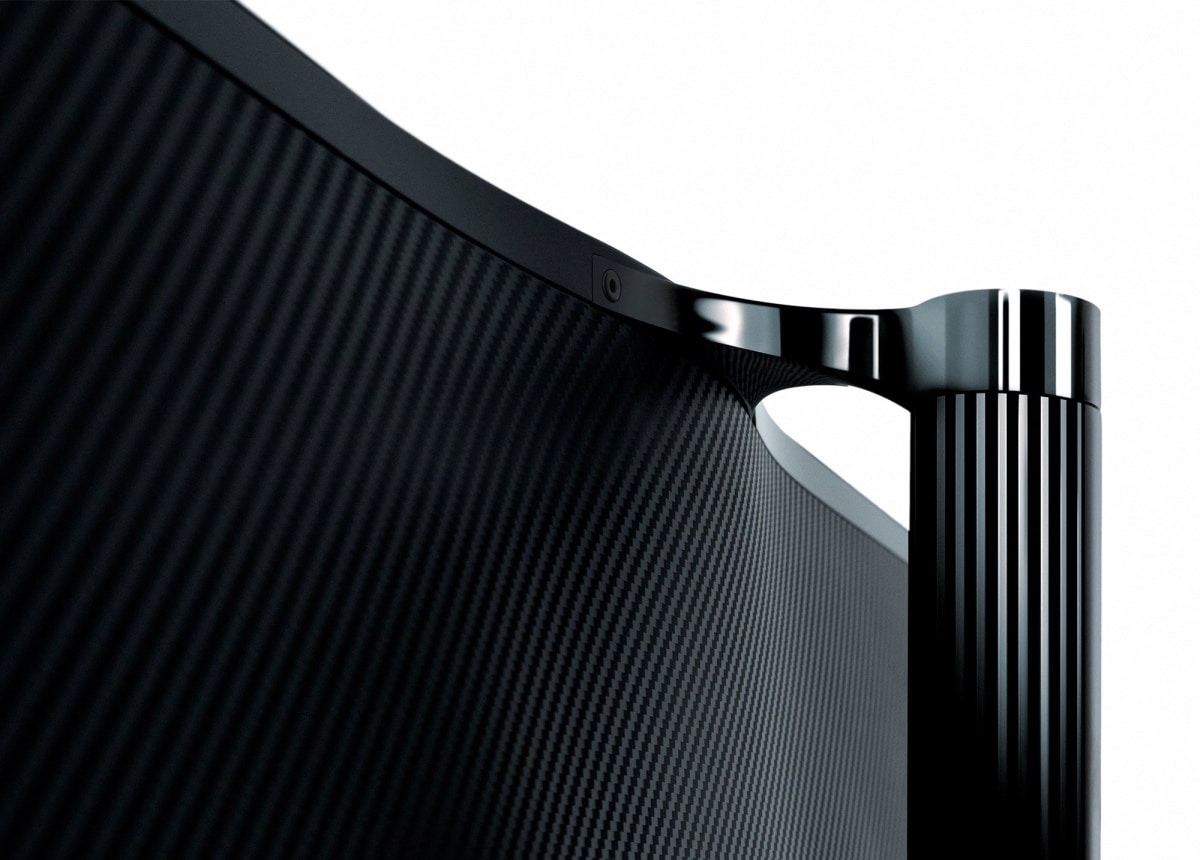 The OnePlus TV is expected to be revealed on September 26

As we get closer to the launch of the OnePlus TV - slated for later this month - the leaks and teasers are intensifying. OnePlus CEO Pete Lau has been regularly releasing titbits of information and images of the new TV through Twitter or on the company's official forum. The latest teaser from Pete Lau shows a part of the back and stand of the OnePlus TV. Notably, the TV will have a carbon-fibre like finish and what appears to be a swivel stand.

OnePlus CEO Pete Lau tweeted a new image that shows what appears to be the back of the upcoming OnePlus TV. The image shows a carbon-fibre like finish at the back, and a unique stand design which is unlike most options available in the market today. The stand appears to have swivel mechanism, allowing the TV to be tilted for wider viewing positions. Just the top of the TV and stand is visible; the bottom is likely to have the ports and connections, which can't be seen in this teaser.

Just last week, Pete Lau had posted an image of the remote of the upcoming OnePlus TV, showing a minimalist design that strongly resembles that of the Apple TV's remote. We already know that the OnePlus TV is expected to be a premium offering, will have a 55-inch QLED screen, and will come with support for Dolby Vision HDR content.

Also from OnePlus, the Zen Mode app has been released on the Google Play Store. However, the app is only compatible with certain devices, including the OnePlus 7 Pro, OnePlus 7, OnePlus 6T, and OnePlus 6. Zen Mode is a wellness app that cuts off access to most functions on the smartphone for a defined time period, allowing users to get an enforced break from their smartphones.