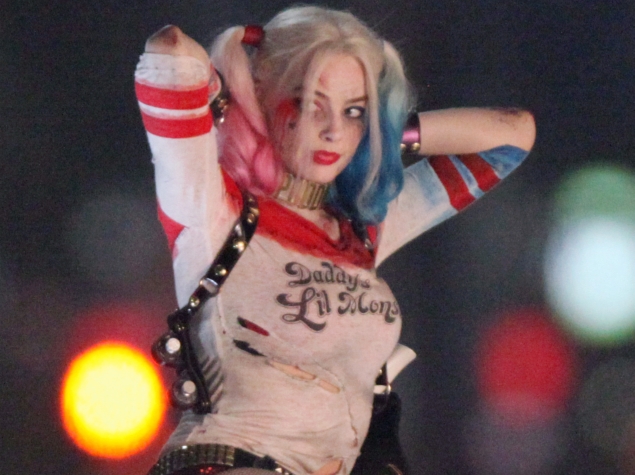 At Comic-Con, Warner Bros drew a lot of attention for the new trailer of Batman v Superman: Dawn of Justice, but there was also some backlash because the trailer of Suicide Squad - which is supposed to release in August next year - was not officially released. Instead, it was only supposed to be for the fans who were able to get into the hall at Comic-Con.

That obviously didn't work out - the trailer was leaked almost immediately. And even though it was taken from an angle, was tiny, blurry, and had terrible audio, it quickly racked up over 7 million views.

(Also see: From Superheroes to Space Aliens to Zombies, Comic-Con 2015 Had it All)

While Warner Bros at first spoke out against the leaks and said that it had no plans to release the HD trailer at this point, it seems to have caved in to fan pressure and released the official trailer after all. Naturally, some people are speculating that this was the plan all along, so as to get attention first for the leaked video, and then for the official one.

Whatever the case, you can see the official video below, and it looks amazing.

The trailer starts with Amanda Waller, the head of a secret government agency, who is trying to get a team of villains together to take on extremely dangerous missions for the greater good. They do their job, they get their freedom. And if they die along the way, then it's probably not a huge loss.

The trailer focuses a lot on Harley Quinn - she's doing acrobatics, and we get small sightings of the different villains we're going to see. Eventually, the trailer sets out the premise of the movie, and finally ends in a very short clip of the Joker.

It seems crazy, and over the top, and full of drama - and perhaps most promisingly - the characters actually seem to have their own character.

While the inner lives of Marvel's characters have always been interesting stories in and of themselves, DC's slate has always been distinguished by the villains it featured. There are some exceptions - Magneto for one - but by and large DC has better villains. This can be seen in the movies too - aside from Loki, none of the villains from the MCU really stood out - but the recent Nolan Batman movies were perhaps more about the Joker and Bane, than Batman himself.

In that sense, Suicide Squad seems to be playing to the characters strengths, and putting the focus on the most interesting people in the DC Universe. Based on the little we've seen in the trailer, we can't wait for this film to release.