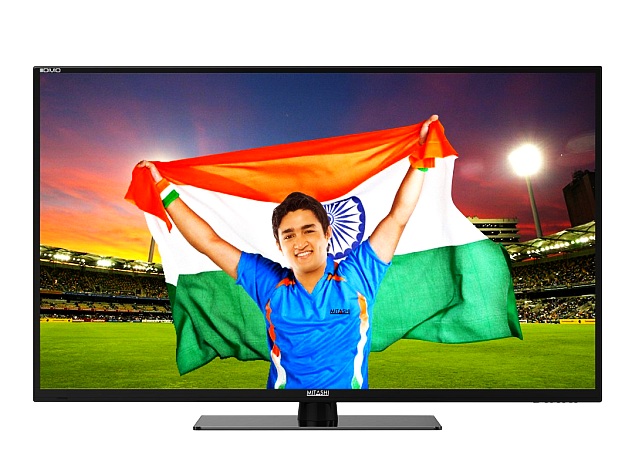 Mitashi on Wednesday launched its special edition 58-inch LED television MiDE058v11 as the Cricket World Cup 2015 comes closer. The TV is priced at Rs. 84,990, and is available to buy from leading e-commerce websites and stores.

Weighing 21kgs, the television measures 1309x290x836mm including the stand. It comes with 3 years of warranty and is available in Black colour variant only.

"In India, cricket is more than just a game and the World Cup is undoubtedly the most prestigious even that every cricket enthusiast looks forward to for years. Mitashi's brand new TV is designed keeping the need for a thrilling large-screen experience in mind. The sound, picture and design - everything serves the specific purpose of simulating the cricket stadium atmosphere in your living room. You are sure to feel every moment of the excitement on your large screen. The TV comes at a very affordable price so that more and more people can experience its enormity. A great TV for a great sporting event - it's the best time to upgrade!," stated Rakesh Dugar, CMD - Mitashi Edutainment Ltd during the launch.

It is worth noting that last year Mitashi announced its first 4K resolution (Ultra HD) LED television in the Indian market. The Indian electronics brand claims that its 4K (3840x2160 pixels) LED television is the first in India available under the Rs. 1 lakh price point.