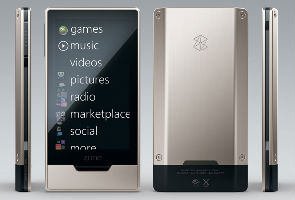 Highlights
The Microsoft Zune player was introduced in 2006 as a response to Apple s hugely popular iPod. But, the music player has not been able to compete strongly in an already crowded market. Now Bloomberg reports that according to their sources Microsoft may stop the production of Zune players. The powerful software that was featured on Zune may still find place on the Xbox and Windows Phone 7 systems.

Though the Zune offered more features than the iPod, like FM radio; all the Microsoft marketing could not compete with the popularity of the iPod. The latest version of the Zune player, Zune HD, was released in the US in 2009. With its new-found focus on the mobile phone platform and the success of the Xbox, Microsoft may just decide to axe the device that has failed to attract much attention.

Microsoft had also split its Zune division into hardware and software units in 2009, with the software unit focusing on development of the Zune platform on Xbox and Windows Phone 7.

More details on the development are awaited. Microsoft has not confirmed this report.
Comments