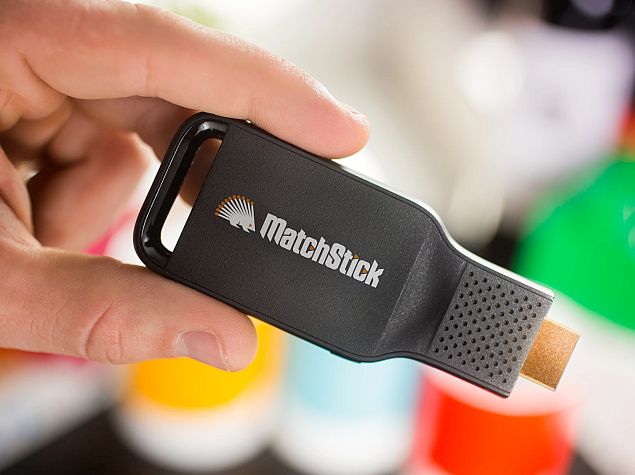 Matchstick, a startup company, which last year announced a Chromecast-like HDMI streaming stick with the same name in partnership with Mozilla, has now cancelled the project. Announcing the news via Kickstarter update, Matchstick confirmed it will refund 100 percent of the pledged money to their backers.

Priced at just $25 (approximately Rs. 1,500), the Matchstick dongle was launched via Kickstarter late last year. The company blamed the "long and difficult" DRM development for the continuous delay in Matchstick delivery.

"After struggling with the DRM development based on Firefox OS for most of this year, we realise continued development of DRM, though showing early signs of promise, will be a long and difficult road. We have come to the conclusion that we will not be able to reliably predict the completion date of the DRM development without significantly more research, development and integration," the company explained.

Matchstick revealed that they will refund 100 percent of pledges via the Amazon payment system and noted that this may take up to 60 days to process the refunds. "We will strive to complete the refunds by the end of September," said the company.

To recall, the Firefox-based HDMI dongle from Matchstick, just like the Chromecast dongle (priced at $35), could be plugged into an HDMI port on a television or a monitor and let users stream content (movies, music, games, and more) over Wi-Fi. Apart from mirroring or streaming content from Chrome and Firefox browsers, users would be able to 'fling' content from Android and iOS devices via sender apps. Matchstick last year at launch of the HDMI launch had claimed that the project was built with a mind-set of having completely open hardware and software platforms.