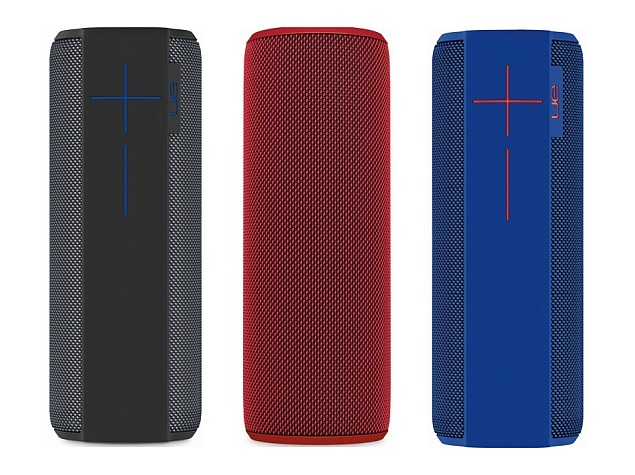 Ultimate Ears, a Logitech brand, has launched its Bluetooth-enabled wireless speaker dubbed Megaboom just a day ahead of the CES 2015 event, which will commence starting January 6. The speaker is priced at $299.99 (roughly Rs. 19,000) and is said to reach US, Europe and Asia within this month.

The UE Megaboom speaker is designed to deliver 360-degree sound and is IPX7-certified waterproof. Besides flaunting a stain resistant acoustic skin the speaker weighs less than a kilogram and can run for 20 hours on one full charge. The Bluetooth range of the speaker is up to 100-foot. Also, users can pair two speakers with one device to play a song together on both.

Accessing certain features like remote on/ off, alarm, customisation of songs and more can be done via companion Android and iOS apps called UE Megaboom. Updates to the firmware of the Megaboom speakers can also be made over the air. The speaker is available in Red, Blue and Black colour variants.

"People want their music wherever they go, and to be part of everything they do," said Rory Dooley, general manager of Ultimate Ears during the launch. "That's why we designed UE MEGABOOM to be strong enough to withstand your life and your adventures, and allow you to share the magic of music wherever you go."

Samsung last month unveiled its new concept speaker with 360-degree radius sound, the WAM7500/6500, which will launch at CES 2015.

The Samsung WAM7500/6500 will be released in two models; Stand-type or Table Top (WAM7500) and Portable (WAM6500) with a built-in battery. Both variants are compact one-piece speakers and utilise 'Ring Radiator' technology that Samsung claims allows sound to flow in a 360-degree radius, and also provide the "perfect balance" between treble and bass.