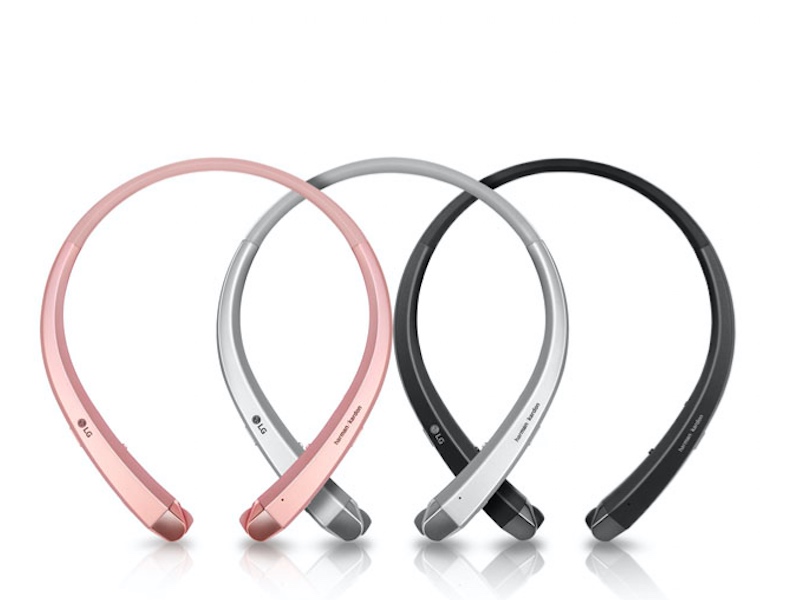 LG has big plans for the CES 2016 trade show, and began teasing upcoming products (such as new smart TVs with webOS 3.0) earlier this month. The electronics company has announced that it will unveil the LG Tone+ (aka LG Tone Plus) Bluetooth stereo headset at the consumer electronics show in January. The headset will go on sale in select regions starting February 2016, but for now, exact specifications or pricing details have not been provided.

The LG Tone+ Bluetooth headset comes with an enhanced slim and lightweight design, the company wrote in a blog post. Much like the Tone Infinim, which LG launched last year, the LG Tone Plus has also been designed in collaboration with Harman Kardon.

As for the new features, the company claims that the LG Tone Plus Bluetooth stereo headset offers Advanced Quad Layer diaphragm, offering rich bass. Other new additions include a dual microphones setup, which helps it accurately capture voice and enhance the audio quality by blocking ambient noise.

The LG Tone+ will help you keep track of your messages as well, with the LG Tone & Talk feature that the company says will read SMSes out to you. In addition, users can also activate an alarm on their phone right from the headset provided both the devices are connected.

The Tone+ comes in three colour options: Black, White, and Pink. The stereo Bluetooth headset will go on sale in the United States, Europe, Asia, and select other regions beginning February 2016. The company also plans to launch the Hom-Bot Turbo+, a robotic vacuum cleaner that doubles as a security camera.

The Tone Infinim Bluetooth headset stereo, for a refresh, sports a sleek profile with a curved design and had a metallic finish. The headset allows users to quickly fast forward, rewind, control volume through the onboard buttons. It was launched in India later in 2014 at a price point of Rs. 10,990.