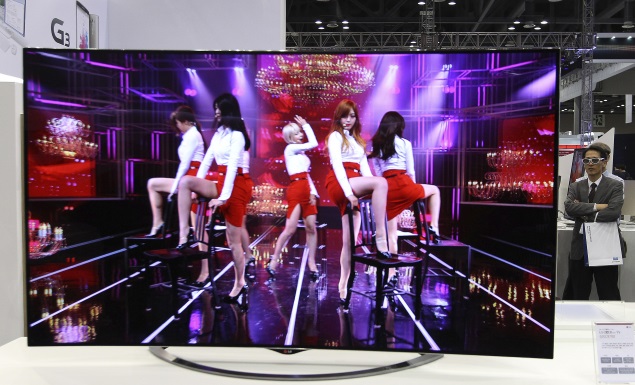 South Korean electronics major LG is aiming to increase exports from its Indian operations to about 15 percent over the next two years.

"Within next two years, the export contribution would go up to 15 percent of the total production of the Indian unit," LG Electronics India Managing Director Soon Kwon told PTI.

The company would increase exports of products like refrigerators, washing machines and LCD/ LED TV as well as other categories, he added.

The company's wholly-owned subsidiary LG Electronics India had a turnover of Rs. 16,000 crores last year. India is among the top five markets globally for the South Korean firm.

Currently, LG India manufactures around 90 percent of its products locally.

"LG India is localised in terms of manufacturing and manpower. In terms of the localisation of business, none of the MNCs has higher local contribution than LG," said Kwon who was accorded as "Man of Electronics Award" by Consumer Electronics and Appliances Manufacturers Association.

The company is also considering manufacturing panels for LCD/LED TVs in India, he said, but declined to give any time-frame saying that LG is still studying the market.

"I can not disclose any plans for that but we will have to do some day... We have studied panel manufacturing in China, this year, we have opened a factory in Brazil... It depends how the panel market evolves," said Kwon.

On being asked about the response of LG's global products such as Ultra HD here, he said: "India is still in a very minimal stage yet. We are looking over all business potential of the future. Within next 2-3 years you will see lots of models in 4K high definition TVs".

On the domestic market, he said that the growth in demand from the rural segment is higher than the developed metro markets.

He further said: "My challenge here is business innovations and not the product categories. Currently we have around 80 different countries shipping from this nation as Middle-East, South East Asia, South African nations. We even ship to South America, Mexico, the Caribbean."