Chinese Internet and technology conglomerate LeEco on Thursday launched its Super3 series of televisions in India. Three models of the series are being made available in the country, the 55-inch Super3 X55, the 65-inch Super3 X65, and the 65-inch flagship model - the Super3 Max65. All three offer 4K Ultra HD (3840x2160) resolutions, while only the flagship model supports FPR 3D and comes with bundled glasses.

LeEco says the prices mentioned include free shipping and installation. For after-sales service, the Super3 series is backed by a two-year product warranty and a panel warranty of four years. All three LeEco Super3 televisions will come with two years of LeEco Membership, worth Rs. 9,800. Those with HDFC bank cards can also avail of Rs. 5,000 cashback.

All three LeEco Super3 televisions that have been introduced for India run on EUI 5.5 based on Android 5.0 Lollipop, offering Android app support with its own app store, as well as smart TV functionality.

The three televisions in the Super3 series feature all-metal bodies, and are all powered by a MStar 6A928 chipset that includes a quad-core Cortex-A17 CPU, a Mali T760 GPU, and the MACE-Pro4 UC+ image engine, apart from a 60 fps 4K hardware video decoder. While the Super3 X55 sports 2GB of RAM and 8GB of storage, the other two televisions bear 3GB of RAM and 16GB of storage. Users will also get access to 5TB of cloud storage with privacy protection. 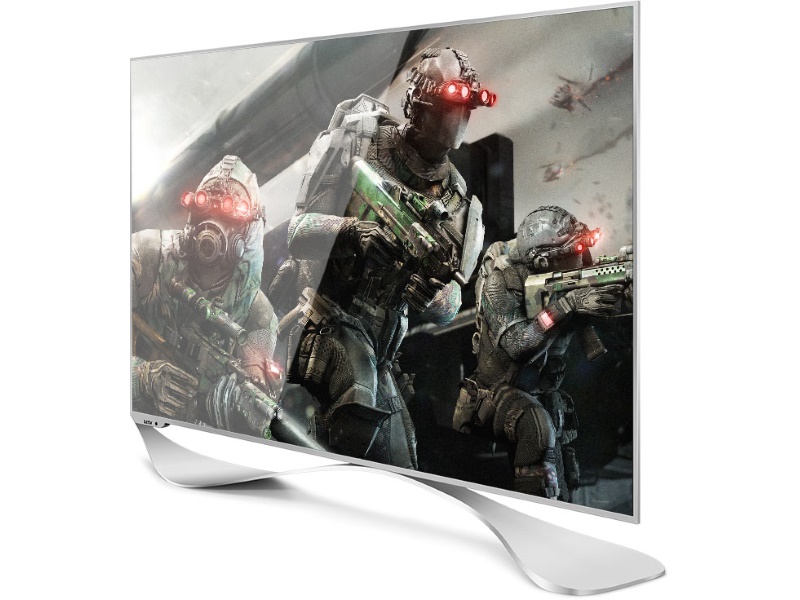 The televisions also come with Super Remote Control 3.0, which sports with four-direction navigation buttons, and an also be used as an air mouse or gamepad to control multiple devices connected to the Super TV.

The LeEco televisions launched in India come preloaded with the company's own content-viewing apps, such as Le Vidi, Le Live, LeView along with other tailor-made apps like Panosearch. LeEco says this will users access to roughly 2,000 films from Hollywood and Bollywood, more than 100 satellite TV channels, 3.5 million songs (which will come soon via software upgrade), and more than 50 live concerts.

"Our newly launched Super TVs is a testimony to our commitment of bringing top-of-the-line devices and services to our users in India," Tin Mok, Vice President, Le Holdings and CEO of LeEco Asia Pacific, told reporters at the launch event in New Delhi on Thursday.