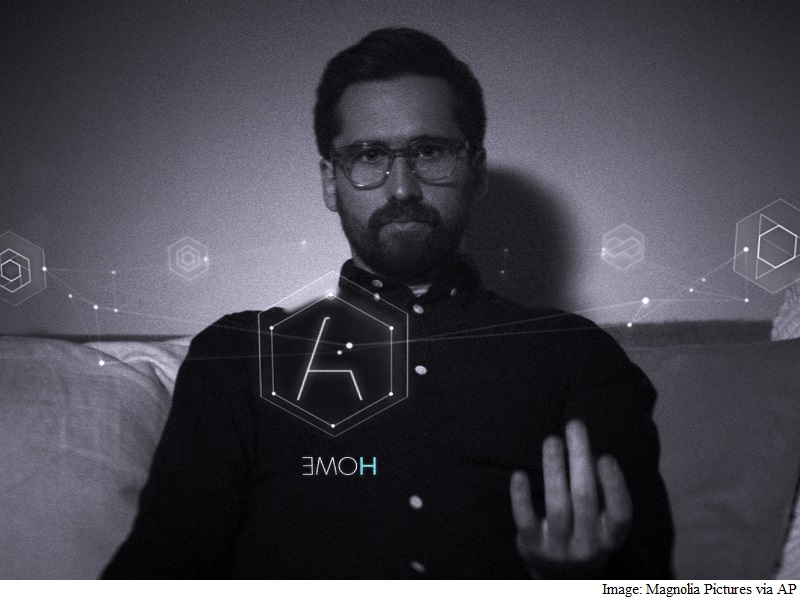 What does technology look like five minutes in the future?

It's a question that's on a lot of artists' minds lately. Whether it's the Siri-like companion in Spike Jonze's 'Her,' a beautiful AI in Alex Garland's 'Ex Machina' or the ability to instantly rewind and project memories in the "Black Mirror" episode of TV's 'The Entire History of You,' on nearly every screen there seems to be someone's vision of the not-so-distant future - and usually a warning about how the purportedly convenient technologies are damaging our realities.

The latest entry is the bold indie 'Creative Control' (out Friday in limited release and expanding on March 18), about an ad exec who gets lost in the possibilities of Augmenta - an augmented reality system in a pair of glasses. In this highly stylized, 'Google-utopia' world, Augmenta even looks cool. Think Warby Parker, not Google Glass or Microsoft HoloLens.

Director Ben Dickinson, who co-wrote and stars, didn't have the VFX budget of some of his contemporaries, but what he did have was time to really hone in on an idea, and a few friends in the tech world to help - including Vimeo co-creator Jake Lodwick.

Together they designed Augmenta - from the retinal projection interface to a user's guide. The French digital effects company Mathematic brought it to life. It looks familiar, but slightly askew. The screens and monitors are like the ones we have now, but in 'Creative Control' they're sleek and completely clear. With Augmenta, the world becomes a screen, but video messages still skip in transmission and texts and emails still pop up incessantly in front of your face.

And then David discovers that he can also create a virtual version of a woman he loves with Augmenta too - putting 'Creative Control' somewhere between 'Her' and 'Ex Machina.'

"There's that little boy part of me that really enjoyed making a fake product," Dickinson said.

Lodwick helped Dickinson understand details about tech design that he hadn't considered otherwise. Big, theatrical swiping movements in the air might look great in something like 'Minority Report,' for instance, but it's impractical.

"If you're working all day it doesn't make sense to be reaching out into space all the time. Sometimes you need to rest your hands," Dickinson said. "The usual approach in science fiction is to expand something to its most exciting, but ours was to make it feel really realistic and familiar."

So in 'Creative Control,' the movements are small and ergonomic. Legs can be used as typing surfaces, and texting can be done just by tapping your fingers together.

"It's accelerating so much quicker than our bodies so I think there's a trauma happening," Dickinson said. "It's difficult to not just be overwhelmed with the relationships you're trying to manage through text messages increasingly and the ego roller coaster of social media and then on top of that trying to make a career."

"It's much easier to program a digital girlfriend who says exactly the right things at the right time and just fulfills your needs. I think there's a part of all of us that is attracted to that. The way technology exists right now offers that false hope to people and we're starting to get lost."

Just recently, Dickinson was in San Francisco meeting with a company that's developing Augmented Reality - and it's coming a lot faster than he thought would be possible when he started making "Creative Control."

"Basically I made a movie set in the modern day. It just has a little extra sauce," he said. "You could have done this movie with smartphones - but it would have been less fun."