The HDR OLED TV has a 120Hz refresh rate.

Chinese electronics giant Huawei has been teasing its latest television launch for some time now, and has finally delivered on its promise. The company, popular for its smartphones and accessories, has now launched the Huawei Smart Screen X65, a 65-inch OLED smart TV. The television has been launched in the company's home market of China, and is a premium offering with high-end features, The Huawei Smart Screen X65 is priced at CNY 24,999 (approximately Rs. 2,70,000), putting it firmly in the high-end category like many of its smartphones.

The Huawei Smart Screen X65 is a 65-inch OLED TV, with support for the HDR10 format. The TV has a peak brightness of 1,000 nits, a refresh rate of 120Hz, and the company also states that the display is certified by TUV Rheinland for eye health. As earlier rumoured, the television has a 14-speaker under-display sound system, consisting of six full-range drivers, six tweeters for the highs, and two woofers for the lows. 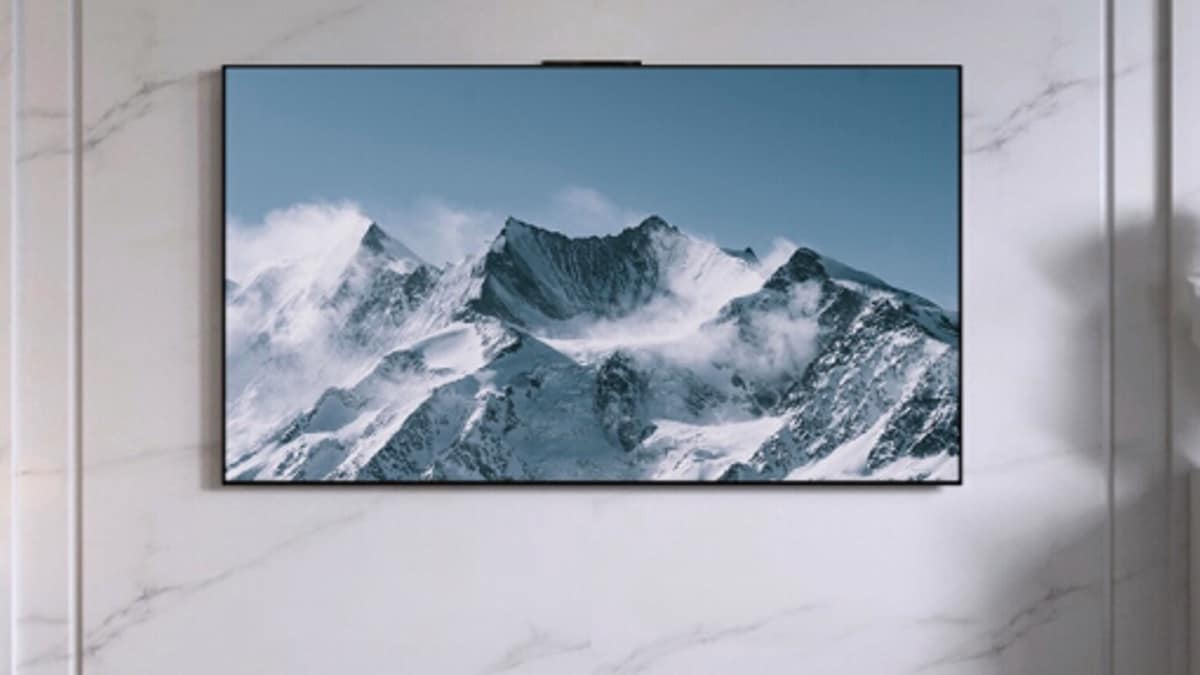 The TV runs on Huawei's proprietary HarmonyOS (also known as HongmengOS), is powered by the Honghu 898 processor that has been specially designed for OLED TVs, and has 6GB of RAM along with 128GB of internal storage. The RAM and storage are considerably higher than what we're used to seeing on smart televisions, suggesting that Huawei could allow the storage on the Smart Screen X65 to be used for more than just apps and app data. The type of apps available could also be more capable than what we typically see on smart televisions. There is also a 24-megapixel pop-up camera, which will let users use the TV for video calls and other camera-based apps.

At its price, the Huawei Smart Screen X65 is firmly priced in the premium category, similar to Huawei's positioning with its top-end smartphones such as the recently launched Huawei P40 series. This is Huawei's second major television launch after the Huawei Smart Screen V75 which was launched in late 2019. It's unclear when or even if the new television will be launched in India or any other global markets outside of China.

Further reading: Huawei, Huawei Smart Screen X65, Huawei Smart TV X65, Televisions
Ali Pardiwala Email Ali Ali Pardiwala writes about audio and video devices for Gadgets 360 out of Mumbai, and has covered the industry for a decade now. Ali is a Senior Reviewer for Gadgets 360, where he has regularly&ampnbspwritten about televisions, home entertainment, and mobile gaming as well. He is a firm believer in 4K and HDR on televisions, and believes that true wireless earphones are the future of the personal audio industry. Ali is available on Twitter as @AliusPardius and on email at alip@ndtv.com, so do ...More
Samsung Galaxy A21 With 4,000mAh Battery, Quad Rear Cameras Launched: Price, Specifications
MIUI 11 Getting Android 10 Gesture Navigation Controls, Only in China Beta ROM for Now