Taking on Amazon's Echo family, Samsung-owned Harman Kardon has finally announced the sale of its Invoke speaker in the US with a competitive price tag of $199.95 (approximately Rs. 13,000). The voice-activated speaker comes with Microsoft's Cortana support and is touted to deliver 360-degree sound. Harman Kardon and Microsoft originally unveiled the speaker back in May following an initial teaser earlier this year.

Harman Kardon's Invoke is available for purchase in the US region through Microsoft Store, Best Buy and HarmanKardon.com in two colour options, Pearl Silver and Graphite. Other retail locations will also receive the stock in the coming days. 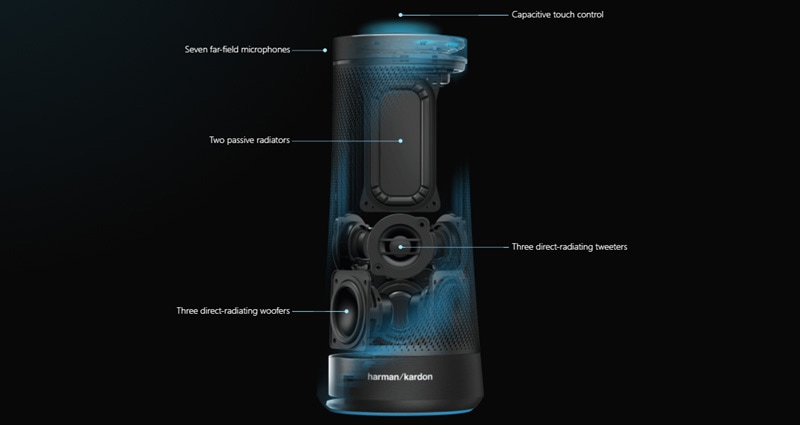 You can use your voice commands to play your favourite music track, manage calendars and activities, set reminders, check traffic and listen to the latest news, all through Cortana support. The integration also enables you to access services such as Office 365 and Bing. Further, Microsoft has provided Skype voice calling support with unlimited free outbound calls from the US to mobile phones and landlines in the US, Canada, Mexico, Puerto Rico, and Guam.

In addition to access to Microsoft services, the Invoke speaker has compatibility with technologies developed by SmartThings, Nest, Philips Hue, Wink and Insteon. This list is likely to be expanded with more brands as the Cortana Skills Kit is already available to various partners and developers build intelligent and personalised experiences for the voice-activated speaker. Capital One, Expedia, Fitbit, and OpenTable are among the initial partners for the intelligent system.

Harman Kardon and Microsoft are bullish on the success of the Invoke speaker. Citing a study by NPR and Edison Research that claims 70 percent of smart speaker owners listen to more audio at home since acquiring their devices, both the companies consider convincing customers towards their new development. This would be a competitive move for tech giants, including Amazon, Apple and Google, as they are already in the race with their native smart speaker offerings.