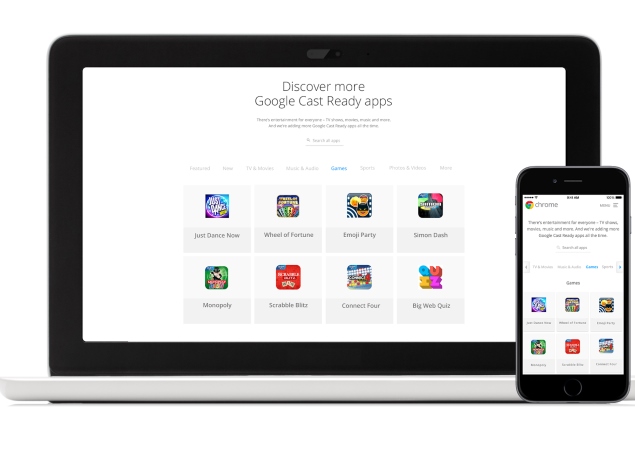 Google on Tuesday has added a number of new Chromecast apps "just in time for the holidays", including "family-friendly games" that can be controlled via smartphones and tablets, and Showtime Anytime, and Starz for a wider range of shows.

Apart from this, the search giant has also introduced categories to the Chromecast apps page, making it easier for users to find what they are looking for. Users can choose from TV & Movies, Music & Audio, Games, Sports, Photos & Video, or More.

The new 'family-friendly games' for Chromecast include Wheel of Fortune, Hasbro's Monopoly Dash, Scrabble Blitz, Connect Four Quads and Simon Swipe. As with other Chromecast apps, users can use their Android or iOS smartphones and tablets as game controllers.

Google has also added the mobile version of the Kinect-based dancing game 'Just Dance Now', which uses the motion sensors on a mobile device to translate body movements - with no need for extra controllers. Users with Android and iOS devices can also download these applications from their respective app stores.

"If you prefer to dance around, check out Just Dance Now. Your smartphone can tell if you're fist pumping high or shaking your hands down low, which earns you points. To show off your mental moves instead, Big Web Quiz and Emoji Party for Chromecast bring trivia to the TV," notes Google Chrome team blog post.

For movies and TV shows, Google has added applications like Showtime Anytime and Starz to Chromecast. 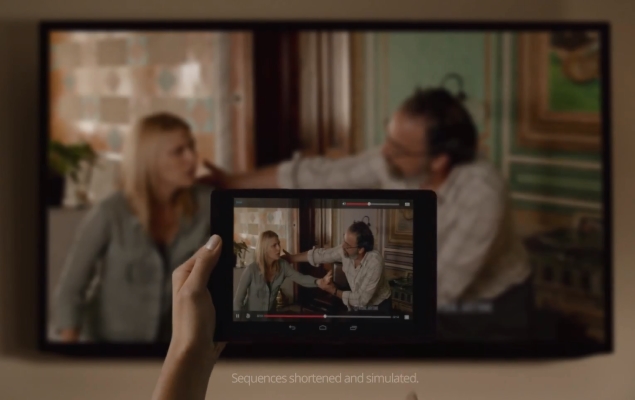 "With Showtime Anytime you can catch up on past and current seasons of the network's original series including Homeland and The Affair. With Starz Play, get your tartan on with the first season of Outlander, or have a marathon of Friday night flicks," added blog post.
Comments