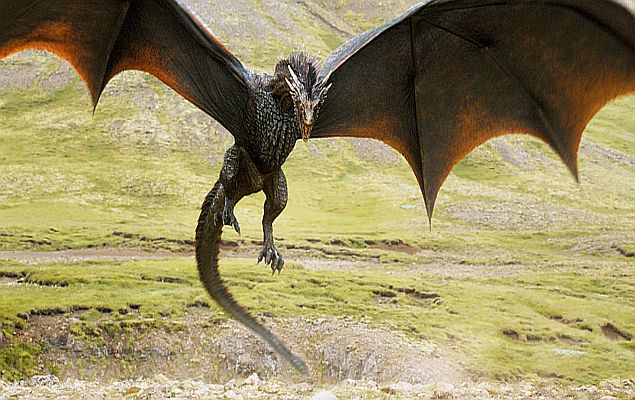 This might not have been the most violent season of Game of Thrones - the body count for the Red Wedding and the Battle of the Blackwater would've been pretty high too - but the last couple of episodes certainly feel like that. After the brutal ending of Episode 8: The Mountain and the Viper, the next episode didn't let up on things much either.

Episode 9: The Watchers on the Wall keeps the action up, as expected; after all, the show's had a tradition of having big events take place in the ninth episode of each season.

As a book reader though, it's interesting to see how much ground has already been covered by the shows. So far, each season has been roughly the contents of one book, and the show's fourth season looks to be set to close around the end of the fourth book, A Feast for Crows. That means that the next season of the show is going to take us through all the written material so far, if its creators continue at this pace.

While readers are still waiting for the sixth book, Winds of Winter, the author, George R R Martin recently suggested in an interview with Entertainment Weekly that he might need eight books to complete the story of A Song of Ice and Fire, the name of the book series.

The release date for Winds of Winter has not been announced yet, though most fans hope it will come before the next season of the show. With the last episode of the season titled "The Children", it's possible that we're going to see the end of Bran's journey into the north, but there are some other exciting plot threads we hope will also come out in that episode involving some favourite characters.

What will happen to the show if Martin needs eight books to resolve the series though, is harder to say. In the past, Martin has suggested that there could be a flashback season, detailing the events of Robert's rebellion perhaps. He has also suggested that the series conclude with a feature film to bring things to a close.

However, the producers of the show have been clear that they will finish the series in seven seasons, and HBO has also been against the idea of ending the show with a film.

It is possible though that the show creators might provide the canonical ending to the series before Martin does, and perhaps it might even be the only ending the series gets, as A Song of Ice and Fire has grown from a trilogy to a six, then seven, and now eight book series.

Further reading: a song of ice and fire, game of thrones, george r r martin, hbo, the watchers on the wall