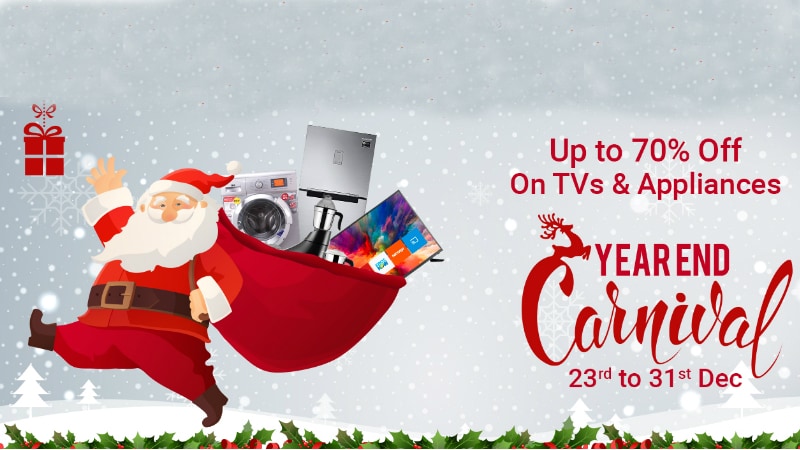 Flipkart is now hosting a Year End Carnival sale starting December 23 site-wide. The e-commerce portal has announced that the sale will go on till December 31, and will see up to 70 percent off on TVs and large appliances. The 9-day sale will see discounts on TVs from Xiaomi, Samsung, Vu, and more. Furthermore, discounts on washing machine, refrigerators, microwave oven, and more from brands like LG and Whirlpool will also be listed on Flipkart. The site has also announced that 'magical deals' will be listed between 12am (Midnight) IST and 1am IST every day during the sale period.