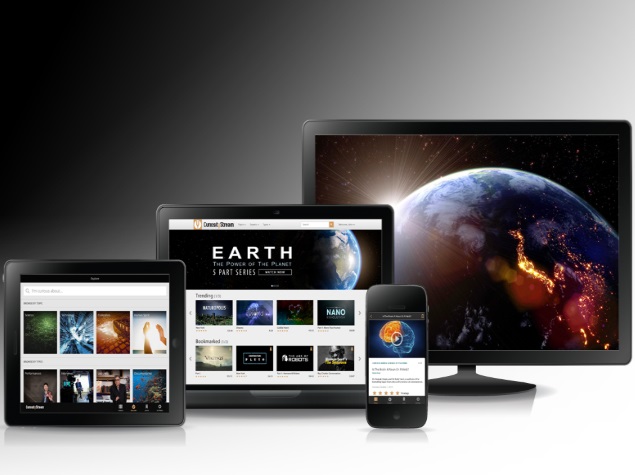 Discovery Channel founder John Hendricks on Wednesday launched a subscription streaming service for fans of science, technology and history, with the goal of dominating the nonfiction category in on-demand, online video.

Hendricks said the ad-free service CuriosityStream fulfilled his long-held desire to deliver programming that people can watch whenever they want. He hopes it will become viewers' third or fourth online video subscription after choices like Netflix Inc and Hulu.

"I've been dreaming and scheming about this for over 20 years," Hendricks said in an interview.

To pursue the project, Hendricks retired in 2014 from Discovery Communications Inc, which operates the Discovery Channel and other networks that are sold in bundles through cable television operators.

"This needs to be independent of the legacy business," he said. "It's really difficult to just break ranks and threaten your existing revenue stream."

CuriosityStream costs $3 a month for standard resolution or $6 a month for high-definition. A sharper-definition option, known as 4K, is planned for later this year.

The service is available in the United States and will expand worldwide over five years.

Like other Internet-delivered video, CuriosityStream will compete for viewers in a sea of online content as networks like Time Warner Inc's HBO and CBS jump into the streaming mix. Apple Inc also is in talks with some broadcasters about an online service, the Wall Street Journal reported on Monday.

Programming on CuriosityStream includes short videos of less than eight minutes and longer documentary-style series that were produced for the service or acquired from partners such as British Broadcasting Corp or Japanese broadcaster NHK. "Destination Pluto" follows a team that sent a space probe to the planet. Another series features a photographer's interviews with celebrities such as Ray Charles and Martin Scorsese.

Hendricks said he remained a "very bullish" shareholder of Discovery, citing the growth potential of its cable TV business in international markets.

He said CuriosityStream was aimed primarily at viewers who watch video online and will pay for commercial-free content.

Hendricks said he may add live streams of events to CuriosityStream and was exploring virtual reality applications that could immerse people in experiences such as hang gliding or a trip to the moon.