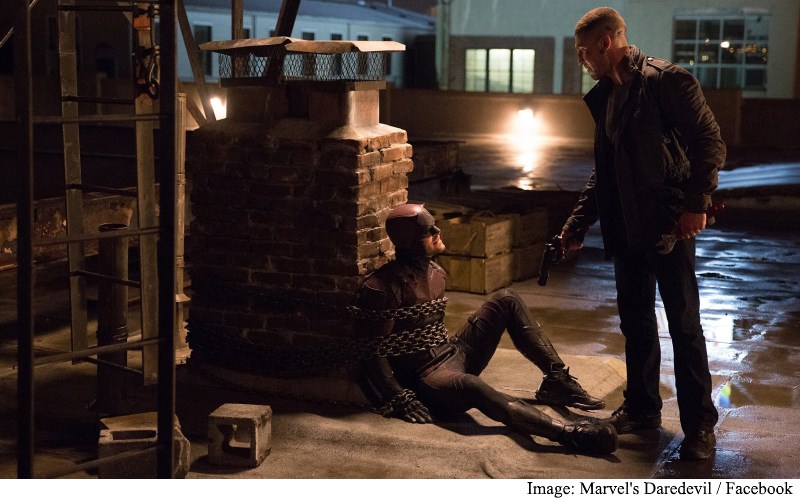 With the release of Daredevil Season 2 just over a month away, Netflix dropped a cinematic-length trailer for the upcoming series on Monday night.

It introduces Jon Bernthal (The Walking Dead) as Frank Castle, a man without a family who is hell bent on giving violent criminals a dose of their own medicine, but with "military precision". Known as The Punisher in the comics, Castle is more of an anti-hero than a villain and represents a pushed-over-the-edge version of Daredevil. Bernthal states as much in the trailer when he says: "We know you're one bad day away from being me."

Season 1 dealt with Matt Murdock (Charlie Cox) - lawyer by day and vigilante by night - coming into his own. And while the show was called Daredevil, Murdock spent most of the first season known as the Man in the Mask, courtesy of a black cloth he used over his eyes (oh, he's blind anyway) to protect his identity. He fought off the growing presence of the Kingpin, or Wilson Fisk, a reclusive crime boss operating from the shadows in Hell's Kitchen. The show remained dark in its tone throughout, a sharp turn from its big screen counterparts.

Owing to its immediate success with audiences, the show received a nod for a follow-up in April 2015. The first season of Daredevil was followed up by the release of Jessica Jones in November last year, which itself received critical acclaim on account of its portrayal of women. The two shows - themselves part of the larger Marvel Cinematic Universe - will be joined by two other series in Luke Cage and Iron Fist in the near future. Marvel's plan is to bring the four together for a mini-series titled The Defenders.

(Also see: Jessica Jones Manages to Delight and Disturb at the Same Time)

There are also rumours that The Punisher will get his own spin-off show. Apart from him, Daredevil Season 2 will also have a new cast member in Murdock's old flame Elektra Natchios (Elodie Yung), who will be properly introduced in part two of the trailer next week. Yes, this is just part one.

The second season of Marvel's Dardevil premieres on Netflix on March 18, with all thirteen episodes available to subscribers on the same day. "Hell's Kitchen is about to explode."