The Creative Sound Blaster Roar measures 202x115x57mm, weighs 1.1kg, and comes with active high-frequency top-firing driver and side-firing radiator design, encapsulated in a monocoque endo-skeletal chassis. It comes with dual amplifiers, one for lows and mids, and the other for highs.

Creative says the Sound Blaster Roar also supports high-definition audio codecs of AAC and aptX for high-quality audio over Bluetooth - the codecs are supported by most Android devices, as well as iPhone models. Other built-in features include speakerphone teleconferencing with an integrated microphone, a one-touch voice and music recorder, a microSD slot for mp3 and wma music playback as well as audio recording, a siren, NFC connectivity, and a Bluetooth Link Security Control. It can even double as a Sound Blaster for connecting to a PC or Mac via the USB port. The Sound Blaster Control Panel for PC and Mac helps enable advanced audio processing.

The Sound Blaster Roar can connect to two Bluetooth-enabled devices simultaneously. Link Security Modes include Default Mode (Creative Bluetooth Multipoint Mode) for single users with two Bluetooth devices; Friendly Access Mode for family users with Bluetooth devices that have been paired to the speaker before; and Free-for-All Access Mode, which sets the speaker in always-discoverable mode letting users connect to the device without seeking permission.

The speaker features a dual purpose 6000mAh battery that can be used to charge smartphones and other devices, apart from providing up to 8 hours of continuous audio playback. 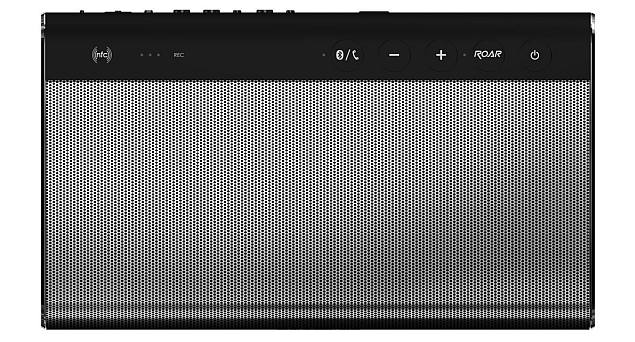 "The audio power of the Sound Blaster Roar is simply mind-shattering for its size and precision fidelity," said Wong Hoo Sim, Chairman and CEO of Creative Technology. "To top it off, we are making it available at an irresistible, take-no-prisoners factory-direct price of Rs. 15,999. I believe the Sound Blaster Roar is by far the best portable wireless speaker in its class in the market. It is a no-brainer purchase for anyone who is looking for a powerful and portable wireless speaker."