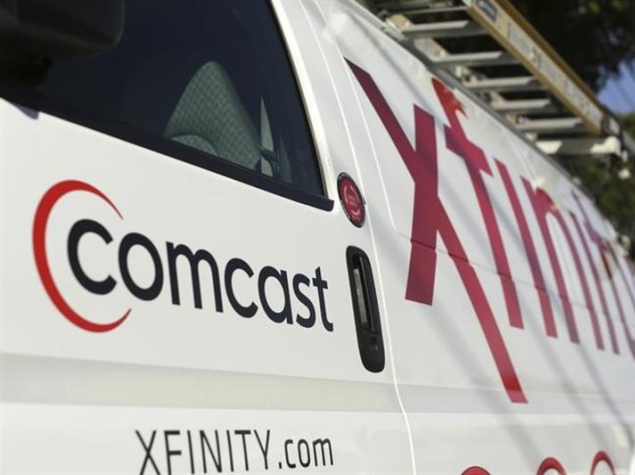 Comcast and Time Warner Cable regularly rank at the bottom of the pay TV industry when it comes to customer satisfaction. So it didn't take long for customers to vent frustrations online over high prices, spotty service and fears of a monopoly after Comcast announced its $45 billion purchase of Time Warner Cable.

Outrage that these two big cable companies would join hands to form an even more massive entity spurred a cascade of sarcastic tweets and satirical memes: the killer Death Star battle station from "Star Wars," the evil Eye of Sauron from "The Lord of the Rings," and a "South Park" snippet where character Eric Cartman and friends are tormented by cable employees before a logo curiously similar to Time Warner Cable's own.

Consumers weren't buying the assertion of Comcast CEO Brian Roberts that the combination, which will have 30 million TV and Internet subscribers, would be "pro-consumer and pro-competitive."

Using a contorted logic, the two companies are expected to argue to anti-trust regulators that the fact they don't directly compete against each other in many parts of America shows the deal won't reduce competition and therefore should be approved.

But it is that lack of overlap, and lack of choice, which is at the root of customer frustration, according America Customer Satisfaction Index managing director David VanAmburg. Cable companies that purposely don't compete against each other to provide fast Internet or reliable TV service can get away with not fully meeting customer needs in markets where they dominate.

"It's almost subconsciously built into their business model that they don't have to worry so much you're going to leave for a competitor," said VanAmburg. "It's definitely a big factor."

Skepticism about the benefits of the deal to consumers was visible in many of the tweets that surfaced after the takeover announcement.

"I love that we're headed back to the era of the monopoly," tweeted Chris Buecheler. "'Eh, I'm sure it'll work out this time!'"

"The sale of Time Warner Cable to Comcast will be completed between 8am and 1pm depending on if the CEO is late at another appointment," read a tweet by William Gallahue that made fun of service appointment windows that seem designed to cause inconvenience.

Michael Pinto, a 48-year-old Time Warner Cable customer in Brooklyn, N.Y., said a lot of people in the city are trapped into whatever service happens to run into their building that the landlord allows. He worries that a lot of creativity could be stifled if control of Internet and TV service is consolidated into too few hands.

"I suppose it's good news for shareholders. You get a bigger, growing company with smaller cost structures," said Pinto, a website designer and chief creative officer at Very Memorable Inc. "But I think as a democracy - not just a democracy in politics but in a creative sense - I wonder what new channels are we missing out on?"

Simon Eldridge, a 36-year-old media technology consultant in San Jose, Calif., is concerned about everything from the combined company raising prices to throttling back the streaming speeds of online video companies such as Netflix.

The British native is a Comcast Internet customer, mainly because no other provider in his area will give him the speed he needs to work from home. He pays about $80 a month for a download speed of 50 Megabits per second. He says that's about one-third pricier than in the U.K., where there is more competition.

"This kind of a merger is going to give them a third of the Internet market in the U.S. and they can charge even more," he said.

He's read up about their reputation for poor service, although Comcast has been "pretty decent" to him. Eldridge is hopeful that the companies fulfill pledges they made Thursday to boost Internet speeds and reliability for consumers if the deal is approved.

"Hopefully some good will come out of it rather than the worst side of both," he said.