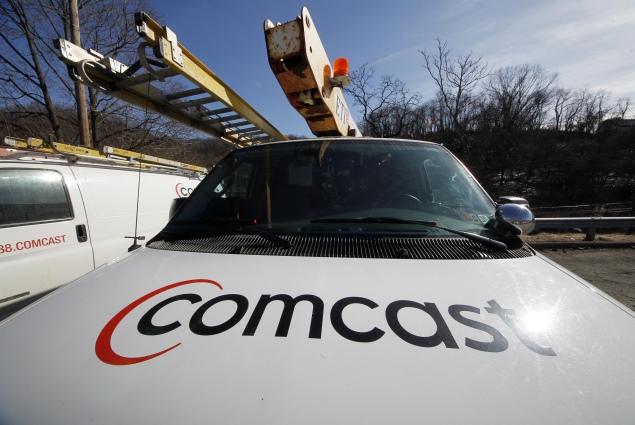 Comcast Corp is examining three scenarios for a potential deal with Time Warner Cable Inc , including a full takeover bid for the second-largest cable operator, people close to the situation said on Monday.

Top cable provider Comcast is also considering whether it could buy some selective Time Warner Cable markets, or team up with another cable company besides Charter Communications Inc to bid for all of Time Warner Cable, the people said.

Comcast, which has a market capitalization of roughly $127 billion, could ultimately decide not to do any deal, said the people, who asked not to be named because they were not authorized to speak with media organizations.

A full takeover of Time Warner Cable makes sense because the company has geographic markets complementary to Comcast, while taking on a partner would give them opportunity to pick and choose key markets, one of the people said. Analysts say buying all of Time Warner Cable would also face tough regulatory scrutiny.

Comcast is weighing all three options equally at this point and would wait to see what kind of offer Charter comes up with before pursuing any one of the options, the person added.

Comcast is being advised by JPMorgan Chase & Co on a potential deal for Time Warner Cable, Reuters previously reported.

Representatives for Comcast and Time Warner Cable declined to comment.

The potential entry of Comcast into a still-developing bidding war could complicate months-long efforts by Charter and its largest shareholder, Liberty Media Corp , to acquire Time Warner Cable.

Charter, the No. 4 cable player in which Liberty Media owns a 27 percent stake, is preparing to send an offer letter for Time Warner Cable as soon as this week, valuing the larger rival at below $135 per share, Reuters reported on Friday.

But it remains unclear whether the expected cash and stock bid from Charter, which would provide little premium to Time Warner Cable's current trading prices, would gain traction with the larger rival's shareholders or its management. Charter has a market value of $13 billion, which is much smaller than Time Warner Cable's $37 billion market value.

Shares of Time Warner Cable ended 0.6 percent higher at $132.09 on the New York Stock Exchange on Monday. Any bid would need to be at least $150 per share to be considered seriously by the company's board, a person familiar with the company's thinking previously said.

Liberty Media's Chairman John Malone and its Chief Executive Officer Greg Maffei met with some of Time Warner Cable's largest shareholders in Denver last week and pitched the merits of a combination with Charter, other people familiar with the matter said.

Some of the shareholders, however, told the executives that they would not entertain a deal without a substantial premium, some of the people said.

One of the Time Warner Cable shareholders in attendance, for example, said they would not be interested in doing a deal for less than eight times Time Warner Cable's 2013 earnings before interest, taxes and amortization (EBITDA), the people said. A deal at that multiple would imply a bid price above $140.

Time Warner Cable is currently trading at 7.6 times its 2013 EBIDTA, while Charter is trading at 9.5 times, according to Brean Murray analyst Todd Mitchell.

Charter's multiple is viewed as inflated because it trades more richly than the less than seven times multiple of Comcast's cable unit, which is the most well-regarded cable operator by investors, Mitchell said.

Malone is also gearing up for a potential proxy fight at Time Warner Cable's annual meeting next year and held internal discussions about drafting a list of directors, according to a report in Bloomberg citing a person familiar with the situation.