Chromecast with Google TV is priced at $49.99 in the US. As of now, it is unclear when the device will make its way to India. 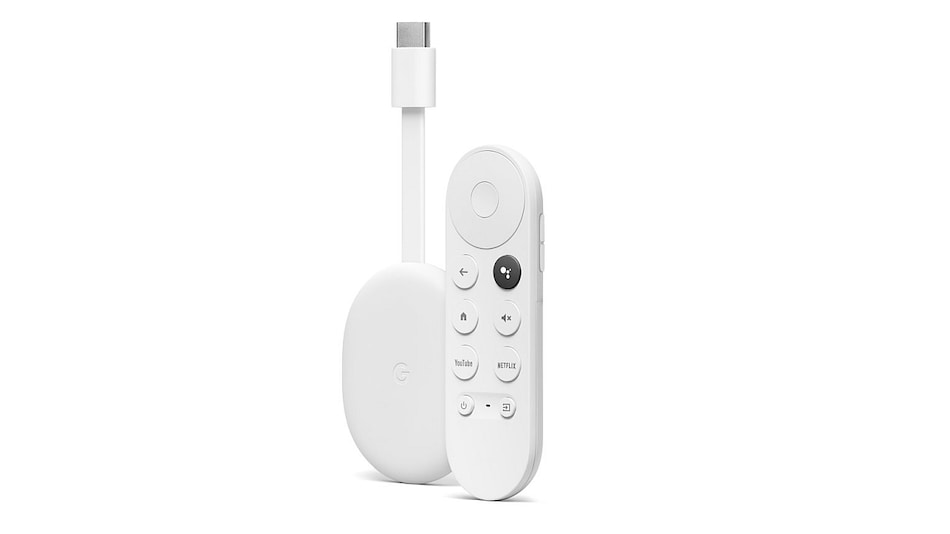 Chromecast with Google TV has been launched and brings a bunch of changes and improvements - including a remote - over the previous generation Chromecast. The new Chromecast is more akin to Amazon Fire TV or Roku as it brings an Android TV interface and not just the ability to cast media on your TV. It was launched during Google's ‘Launch Night In' event today, alongside the Pixel 5, Pixel 4a 5G, and a Nest smart speaker. The Chromecast with Google TV comes with a proper menu system and a remote as well.

The Chromecast with Google TV is priced at $49.99 (roughly Rs. 3,700) in the US and will go on sale starting today. Availability in other countries can be expected by the end of the year, the company said. The dongle comes with a touch and voice-control remote. As of now, Google has not shared India availability or pricing for the new Chromecast. It comes in Sky, Snow, and Sunrise colour options. The company launched the Google Pixel 4a 5G and Pixel 5 at the same event.

The Chromecast with Google TV runs on the new Google TV platform - which is the new branding for the Android TV platform and should not be confused with the original Google TV device.

There is a USB Type-C power adapter on the dongle and the remote takes two AAA batteries. It supports 4K HDR at up to 60fps, Dolby Atmos, Dolby Digital Plus, Dolby Vision, DTSX, HDR10+, and h.265 streams. The Chromecast with Google TV has dual-band Wi-Fi 802.11ac connectivity, apart from Bluetooth. It weighs 55 grams, while the remote - that features an accelerometer and microphone - weighs 63 grams.

The remote for the Chromecast with Google TV comes with shortcuts for YouTube and Netflix, along with a mute button, home button, back button, Google Assistant button, and a 4-way d-pad for navigation. It has CEC feature which means the volume of the TV can be controlled with the remote. There is no IR transmitter in the remote. You can do a voice search by holding down the Google Assistant button and the universal search shows results from all major streaming services.

You can also choose to save a number of streaming services to your Google account from the Chromecast with Google TV so that you can get better recommendations across Google.

Being an Android TV dongle, it comes with support for Netflix, Amazon Prime Video, Spotify, Disney+, Hulu, HBO Max, and more, out of the box. In terms of aesthetics, the new Chromecast with Google TV has a more elongated design compared to the circular shape of the previous generation Chromecast.

Google TV debuts on the new Chromecast, and is an upgrade on the company's Android TV interface. Google is touting features like personalised For You recommendations from across different subscriptions, as well as the ability to create a Watch List to which you can add movies and shows from anywhere on your phone or laptop via Google Search.

Google also notes YouTube TV (where available) on the new platform will provide unlimited DVR features. Another Google TV feature is Ambient Mode, which works as a digital digital photo frame, and can even tie in with Nest cameras and doorbells.