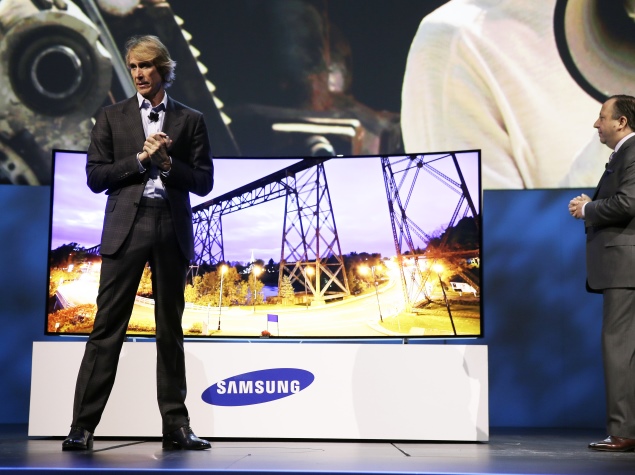 Samsung Electronics Co., the world's largest maker of TVs, said Monday that it is tackling the problem of getting ultra-high-definition content to its new TV sets by teaming up with the Internet streaming services of Comcast, Netflix and Amazon.

Like other TV makers, the South Korean electronics company is betting that a quadrupling of the resolution of TV sets will get consumers interested in upgrading their existing, high-definition sets. The problem is that cable TV services and Blu-ray discs don't support the bump in resolution, leaving the ultra-sharp sets without ultra-sharp content.

At a press conference at the International CES gadget show in Las Vegas, Samsung said it would get UHD content through partnerships with U.S. streaming services, bypassing traditional cable and disc delivery. Under its partnership with Comcast Corp., the largest U.S. cable company, Samsung TVs would get UHD content through an app running on the Internet-connected TV, bypassing Comcast's set-top boxes.

Comcast owns NBCUniversal, the movie studio and creator of TV shows, giving it direct access to content shot in UHD, which is also known as 4K. Similarly, Netflix Inc., the largest provider of paid streaming video, shot its own "House of Cards" show in 4K and has already said it will supply it in that format to TVs from LG Electronics, Samsung's competitor.

Internet delivery of UHD movies will place high demands on home broadband connections. As an alternative, Samsung will sell a UHD Video Pack - a hard drive loaded with movies that can be connected to its TV sets. Sony Corp. already sells a similar box for its UHD sets.