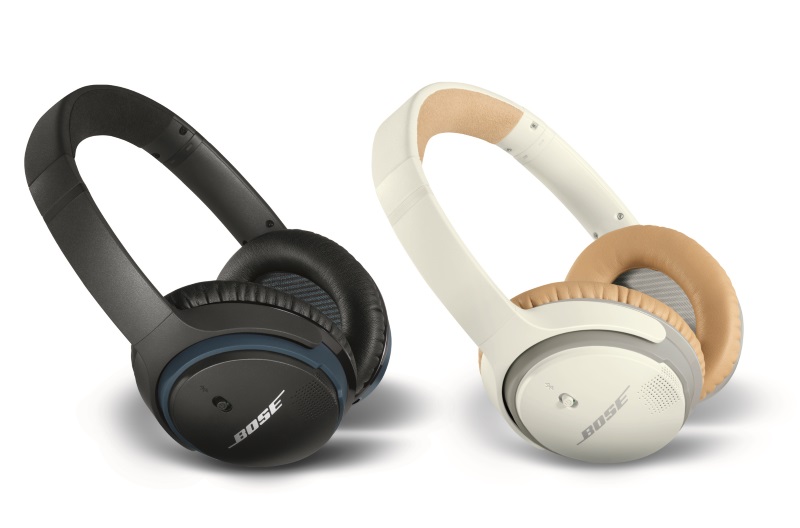 American audio specialist Bose has launched the SoundLink Around-Ear Wireless II headphones in India. The headset works on Bluetooth technology, and also features NFC for quick pairing and a claimed 15-hour battery life. The headphones are on sale now through Bose's online and offline retail network for Rs. 21,150.

"We believe when you give up wires, you shouldn't have to compromise audio performance or convenience," said Bernice Cramer, general manager of Bose Wireless Headphones. "So, we did more than make the SoundLink II the best-sounding wireless headphones out there. We made them the most hassle-free wireless headphones, too. You'll notice how great your music sounds first, and then you'll notice that we solved all the little and big problems that no one else has. That's the power of great engineering -- it makes the entire streaming music experience that much better."

The SoundLink Around-Ear Wireless II use proprietary technologies such as active equalisation and volume-optimised equalisation to recreate a sound that is as close to the recording as possible, without adding any artificial boosts to any sonic element across the frequency range. It also uses an advanced microphone system, and high definition voice and adaptive audio adjustment technology to compensate for wind and background noise. The system automatically adjusts the voice volume according to the environment, changing on-the-go.

The Bose SoundLink Around-Ear Wireless II also provide up to 15 hours of battery life on a single charge. A 15-minute charge is expected to provide about two hours of battery life, when in a hurry. Multi-point connectivity allows users to connect the headphones to two devices at the same time. Additionally, voice prompts let you know who is calling, what device you're connected to, and how much battery you have left.

The Bose SoundLink range debuted in 2011 with the first SoundLink speaker. It also includes the popular SoundLink Mini speaker, widely considered to be one of the best small Bluetooth speakers in the world in its price range, along with the SoundLink I around-ear wireless headphones, which continue to be on sale through the Bose online store.