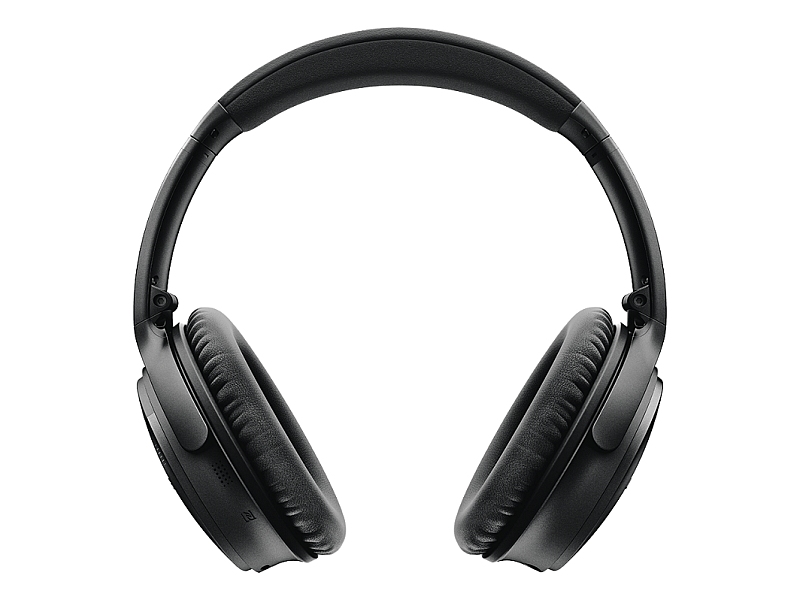 Soon after announcing the Bose QuietComfort 35 headphones, the American audio firm Bose has now launched the wireless headset in India at a price of Rs. 29,363. The QuietComfort 35 is notably Bose's first headset that features both wireless and noise-cancelling technology. Previous models featured either one or the other, with the company's premium wireless headset being the Soundlink Around-Ear Wireless II.

The QuietComfort 35 headphones promise the same fantastic noise cancellation that the range has always provided, along with the added benefits of wireless sound through Bluetooth along with NFC for quick pairing. The battery life is claimed to be up to 20 hours when using both Bluetooth and noise cancellation, but can go up to 40 hours if you use the included cable. This will turn off Bluetooth and use the battery only for noise-cancelling. The headphones will be available in two colour variants: black and silver.

Also announced for India are the Rs. 26,438 Bose QuietControl 30 in-ear noise-cancelling headphones, as well as the Rs. 13,275 SoundSport Wireless and Rs. 17,663 SoundSport Wireless Pulse. The former gives you control over the level of noise-cancellation, while the latter are aimed at fitness enthusiasts thanks to sweat and water resistance, as well as a heart-rate monitor built into the earbuds for the Pulse model. The QC30 and Pulse headphones will be launched in September 2016, while the QC35 and Soundsport Wireless are launching immediately.

"Until now, great wireless noise cancellation and better wireless workouts have been more of a dream than reality," said Bernice Cramer, General Manager of Bose Wireless Headphones. "Like the QuietComfort headphones before them, the performance of the QC30 and QC35 are way ahead of where the market is right now. And for the millions of people who run, bike, hike or hit the gym, SoundSport headphones offer a new kind of alternative, because they're not just named for exercise - they're made for it."
Comments