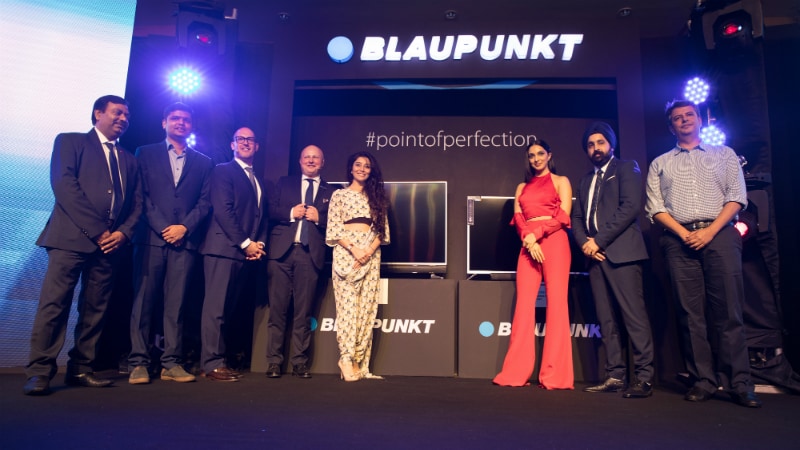 Among other models, the Blaupunkt 4K UHD Premium Series has the 55-inch flagship model features a 60W built-in soundbar and is touted to be India's first voice-enabled Android open-source television. The 4K UHD Premium Series comes with a voice-recognition smart remote and includes features such as Wi-Fi, Miracast, multiple ports, and RJ45 Ethernet port. Further, the presence of a smart remote is complimented with the artificial intelligence (AI) driven smart user interface. Users can also use a preloaded Universal search feature by using an active Internet connection with the television sets.

The Smart Sound Series, on the other hand, comes with an additional soundbar that enables 30+60W sound output. The Series comes with FHD and HD resolution options and supports Wi-Fi, Miracasting, and a 178-degree viewing angle. There are are connectivity features such as three HDMI ports, two USB ports, and an RJ45 Ethernet. Besides, the Family Series in the range of Blaupunkt TVs have 30W sound output and carries similar features of the other two Series except for built-in Wi-Fi and Miracast feature.

"Blaupunkt's all three LED series are manufactured with German technology, both in the electronics and software domain," said Andrez Cebart, Managing Director, Blaupunkt, in a press statement while announcing the launch. "As we stand for Quality, no product would reach an Indian customer unless it has the BLUE DOT, the mark of Quality Assurance. On the basis of our product testing and customisations, we believe we are ready to disrupt the Indian market with Blaupunkt LED Televisions at affordable prices. I can surely say that we are luxury, but affordable luxury. We are excited about our launch in India with our LED Televisions range of products that are in par with what we market in Europe."