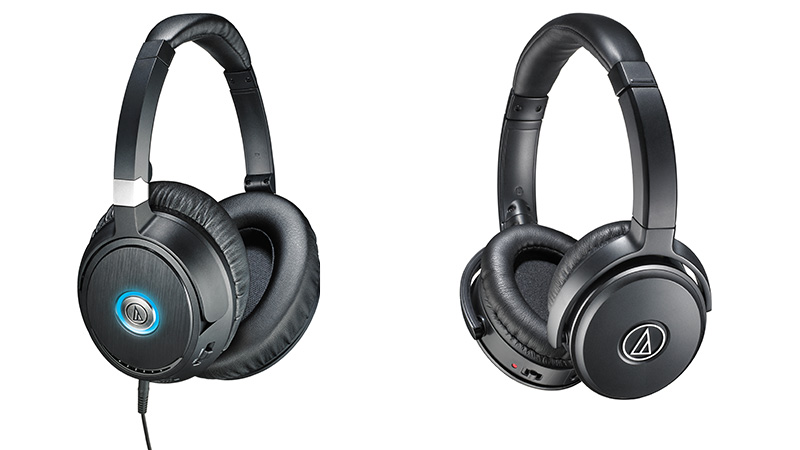 Audio Technica has expanded its range of QuietPoint active noise-cancelling (ANC) headphones in India with the introduction of the ATH-ANC40BT in-ear headphone and the ATH-ANC50iS and ATH-ANC70 over-ear headphones. The headphones are priced at Rs. 14,990, Rs. 7,990, and Rs. 13,990 respectively.

The ATH-ANC40BT features Audio Technica’s QuietPoint ANC technology which claims to reduce environmental noise by up to 90 percent. The in-ear headphones feature 13.5mm drivers and can be connected with up to two Bluetooth devices at the same time. There’s also support for the aptX streaming codec, which means you will be able to get better audio quality from your high resolution files with a compatible device. The ATH-ANC40BT ships with a 1.2 metre cable too, which lets you use the headphones with a wired connection when the battery is discharged. On a full charge, the internal battery promises eight hours of battery life, with noise-cancellation and up to 13 hours without ANC.

The ATH-ANC50iS is more of a value-focused offering which has an over-ear design. The ANC technology seems slightly less effective here as it’s said to reduce ambient noise by up to 87 percent. These feature 40mm drivers, with a frequency response of 20Hz-20,000Hz and a maximum impedance of 150 Ohms, with ANC on. Due to its budget nature, the ATH-ANC50iS requires a single AAA battery for the ANC to work as there's no built-in battery. Battery life is rated at up to 40 hours with a typical alkaline battery. You get a detachable 1.2 metre cable that lets you use the headphones even if the battery is depleted.

The ATH-ANC70 is a higher-end, over-ear offering which is designed for better comfort over longer durations due to the memory foam layering on the ear cups and headband. This headphone is said to offer up to 90 percent isolation from ambient noise. Like the ATH-ANC50iS, it also features 40mm drivers, but with a slightly wider frequency response range of 10Hz-25,000Hz. The headphones also feature an illuminated button on the ear cup for managing music and phone calls. It has a foldable design so it can be stowed away easily when on the go, in the bundled carry pouch.