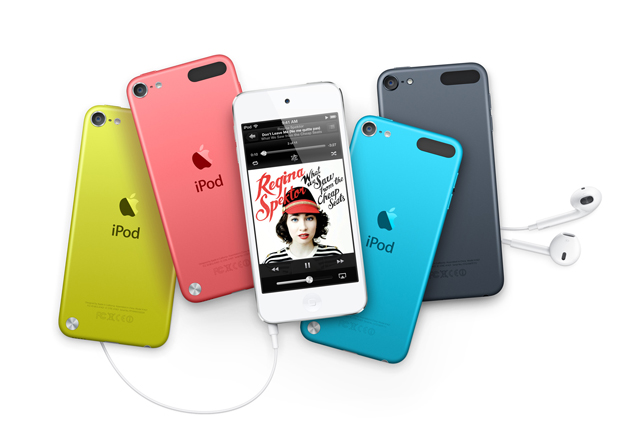 The world finally got a clear look at Apple's latest iteration of its smartphone the iPhone 5. But apart from revealing its newly redesigned flagship device, the Cupertino-based company also introduced an all new iPod touch sporting a 4-inch Retina display screen with a 1136x640 resolution, just like its iPhone 5 counterpart.

Apple claims that the new iPod touch is its thinnest ever at 6.1mm, sporting a lighter anodised aluminium body weighing only 88grams. The front-facing camera has been upgraded to allow 720p video recording while the rear-facing iSight-branded camera has been bumped upto 5-megapixels with autofocus and LED flash, a new Panorama mode and support for 1080p video recording with video image stabilisation. This should bring it close enough, if not at par with the iPhone 4 and third-generation iPad.

The new iPod touch now gets a new A5 dual-core processor replacing the fourth-generation device's single-core A4 SoC. All forms of the A5 so far have included 512MB of RAM. Anything below that would be a disappointment. The new model also boasts a battery life that offers 40 hours of music and 8 hours of video.

Apple has also introduced the 8-pin "Lightning" dock connector that is reversible and can be used with other accessories. The device also includes support for Bluetooth 4.0 and dual-band 802.11n.

Apple's new iPod touch comes with iOS 6, boasting over 200 features. Siri makes her debut on the device with support for more languages and other features like easy access to sports scores and restaurant recommendations. Facebook integration is now built-in with the ability to post directly from Siri. Other iOS features include Shared Photo Streams via iCloud,  iMessage,FaceTime and  Mail. There's also support for AirPlay gaming through the Apple TV.

The new iPod touch is available in five beautiful colours black, silver, blue, yellow and red. A new addition to the iPod touch is a small metallic button at the back. When pushed it pops out for a loop that can be easily attached or detached with the device. Every new iPod touch comes with a colour-matched iPod touch loop, a clever and convenient wrist strap that you can use while taking photos, recording video and playing games, ensuring that it never leaves your hands.

What may come as a bit of bad news is that the series of changes is only applicable to the mid and high-end iPod touches: the low-end iPod touch will include iOS 6, but retains the same screen and internals of the fourth-generation touch.

The entry-level fourth-generation iPod touch will be available with 16GB and 32GB of storage and retails for $199 and $249; the new fifth-generation models will begin shipping in October in 32GB and 64GB capacities, and will sell for $299 and $399 respectively. The 8GB model has been discontinued.