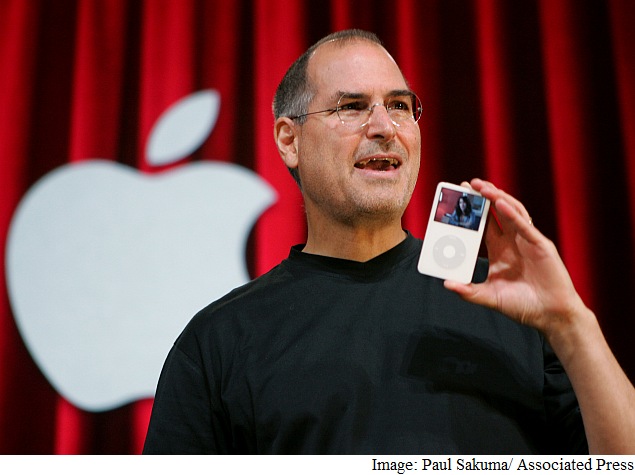 About six months before his death in 2011, Steve Jobs, the chief executive of Apple, gave a videotaped deposition in an antitrust case that wound its way into a federal courtroom just this week.

In the video played Friday afternoon, Jobs, wearing his usual black turtleneck, looked frail and spoke in a soft voice. He spun restlessly in his chair and at one point leaned his head against his right hand, indicating his boredom.

But despite his poor health - he was on medical leave at the time - he was otherwise his usual self, delivering a mix of blunt and sarcastic replies. When asked whether he was familiar with RealNetworks, a company that had come up with a way to allow songs sold in its store to play on iPods and other media players, Jobs replied: "Do they still exist?"

Jobs is the star witness in a case that has its roots in technology decisions made nearly a decade ago. Apple is accused of violating antitrust law by forcing people to buy iPods, rather than cheaper alternatives, to keep listening to their digital music. The case harks back to a different time in the tech industry, when Apple was still considered an underdog and exactly which company would eventually dominate digital music was still very much in doubt.

In the deposition, Jobs testified about Apple's use of a copyright management system that prevented songs sold by competing music stores from playing on iPods.

Jobs said that when the iTunes Store was still young, Apple had contracts with music companies stating that it must protect their copyrights through a strict "digital rights" management system. Any violation of that agreement could result in the music labels' withholding their songs from iTunes, he said.

Jobs emphasized that many people were trying to hack iTunes and the iPod, which would put Apple at risk of violating its contracts. So Apple had to keep strengthening the security of its software.

"We would constantly be revving iTunes and iPod software, closing any - any holes that might be in it or any problems it might have," Jobs said.

Bonny Sweeney, the plaintiffs' lead lawyer, asked Jobs whether record companies had ever complained to Apple about the RealNetworks software.

Jobs said whether the labels had complained was irrelevant, because when Apple strengthened its copyright system, destroying RealNetworks' compatibility was a side effect.

"It doesn't really matter because in fixing holes for DRM hacks, it might screw up the Real technology anyway, as collateral damage," he said.

"I'm sorry I don't remember more of this for you, but there's been a lot of water under that bridge in seven years," he said.

The antitrust trial took an unexpected turn Thursday when Apple challenged the right of the two named plaintiffs in the class-action lawsuit to be represented in the trial.

And on Friday morning the lawyers suing Apple in the $350 million case withdrew one of the two plaintiffs after they concluded that she did not buy an iPod from September 2006 to March 2009, the period in which Apple is accused of wrongdoing.

Apple said in a letter filed with the court late Wednesday night that it had checked the serial number of an iPod Touch bought by the other named plaintiff, Marianna Rosen of New Jersey, and found that it was bought in July 2009, months after the period in question. On Friday, the company filed a motion asking that the case be dismissed altogether.

On Friday afternoon, the plaintiffs' lawyers faxed a request to the judge asking for permission to add a new plaintiff to the case: Jeffrey Kowalski, a Michigan man the lawyers said bought an iPod Touch around May 2008. They said they would fight Apple's request to dismiss the case.

"We believe Apple's latest attempt to derail this case is baseless, and we will be vigorously opposing Apple's motion," Sweeney said in a statement.