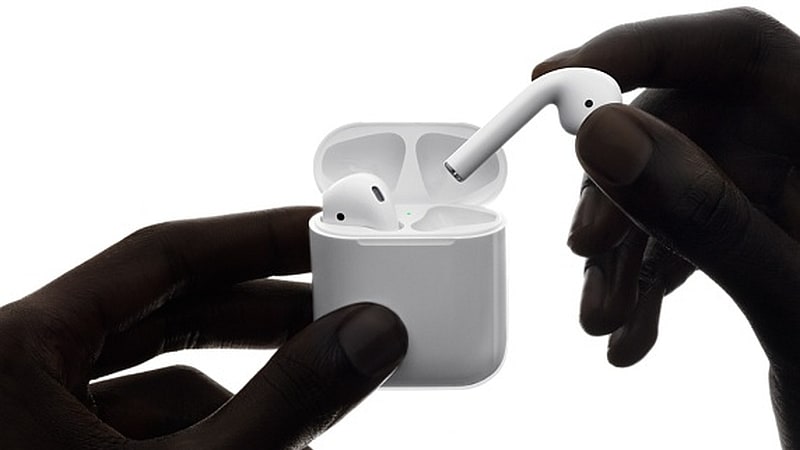 To recall, Apple launched the AirPods wireless earphones alongside the iPhone 7 and iPhone 7 Plus in September, and at that point had promised a late-October availability. At the end of October however, the company uncharacteristically announced an indefinite delay to market availability - and since then, there's been much speculation as to the reasons. All Apple would say was, "We don't believe in shipping a product before it's ready, and we need a little more time before AirPods are ready for our customers."

The AirPods are priced at $159 (Rs. 15,400 in India). While initially the company had announced a late October availability for India as well, it is uncertain when they will arrive in the country.

They are powered by Apple's new W1 wireless chip, the company's first wireless chip, which enable quick pairing and connectivity with the iPhone. The earphones are completely wire-free, with separate ear buds that are not connected to each other physically. The AirPods also feature dual optical sensors and accelerometers in each ear bud which work with the W1 chip which detect when the headphones are in your ears and only play when you're ready to listen. Double-tapping the AirPods enables Siri, and the microphone is designed to focus on voice and filter out external sound.

The AirPods are rated to deliver up to five hours of battery life on a single charge, and simply need to be inserted into the charging case to begin charging. The case can hold additional charge, letting you go for up to 24 hours of usage without access to a power outlet, according to claims by Apple. The case also ensures easy pairing. It's worth noting that the AirPods are not solely-Bluetooth powered, instead using a 'Bluetooth-like' technology developed by Apple.

Getting back to retail availability, while BuzzFeed News reports shipments and retail availability (in self-branded stores) in the US will begin from December 21, there appears to be a huge demand for the wireless earphones. The earliest shipments we could see at the time of writing was December 22. The earphones hold a pivotal place in the company's product lineup, as they were launched alongside Apple's first smartphones without a 3.5mm audio jack.