Google claims that there are already around 7,000 apps in Google Play on Android TV. 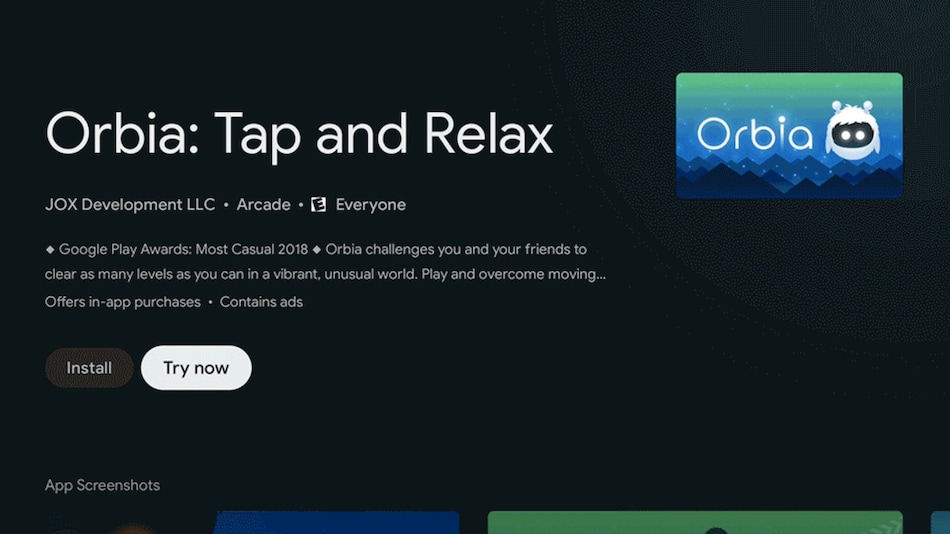 Android TV is getting Google Play Instant to let users try apps and games on their smart TVs - without installing them. Google initially brought Instant Apps back in 2016 and introduced Google Play Instant as the ability for developers to provide their apps for testing on Google Play in 2017. Android TV users are also receiving support for 4-digit Google PIN that would limit the requirement of entering full account password on smart TVs. Additionally, Google has announced a Gboard TV as its virtual keyboard specifically designed for Android TV-based smart TV models.

With Google Play Instant on Android TV, users will be able to try apps, without requiring them to install. The new addition is quite useful especially in case of games as people would no longer need to completely download a particular game to see whether they want it on their smart TV. Also, the limited storage on smart TVs resists users from installing a large number of apps. The arrival of Google Play Instant would, however, give a way to test new apps, without worrying about storage.

Developers enabling Google Play Instant support will be able to show a Try Now button next to the existing Install button on their apps listed on Google Play. The overall functionality of the fresh move seems similar to how we have Google Play Instant apps on mobile devices since October 2017.

Aside from Google Play Instant, Google has brought Android TV Emulator with Play Store support to let developers test their smart TV apps along with subscriptions and in-app purchases, without requiring a physical hardware. Google has also brought PIN code purchases support to let users make a purchase on Google Play through their smart TVs by using a four-digit PIN instead of their full account password.

Android TV users have also provided the Gboard TV that is meant specifically for smart TVs along with features such as speech-to-text and predictive typing.

To enhance gaming experience, Android TV has also received auto low-latency mode. This will allow developers to disable post-processing and minimise latency for a particular game that is available on fullscreen.

Google claims that there are already around 7,000 apps in Google Play on Android TV. It also mentioned that Android TV monthly active device count has grown at a rate of over 80 percent year-over-year. All this shows why the Android maker found the need for providing the aforementioned experiences.