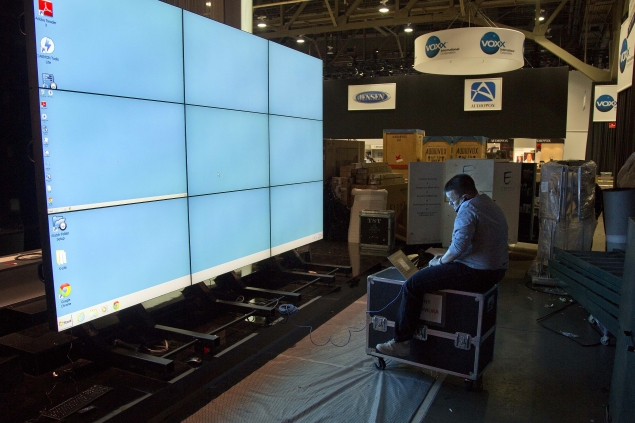 "Ultra-HD" TVs are set to be the talk of International CES, the gadget show kicking off this week in Las Vegas. But the televisions aren't likely to account for much of the market even four years down the road.

That is the conclusion of analysts of the show's host, a day before TV makers such as Samsung, LG and Sony attempt to wow conference attendees with their latest models.

Ultra high-definition TVs, with four times as many pixels as HD TVs, are expected to account for only 1.4 million units sold in the U.S. in 2016, or about 5 percent of the entire market. Sales in the rest of the world are expected to be smaller.

The analysts blamed high prices and low availability for the slow start.

"It's a very, very limited opportunity," said Steve Koenig, director of industry analysis at the Consumer Electronics Association, which officially kicks off the show Tuesday. "The price points here are in the five digits (in U.S. dollars) and very few manufacturers, at least at this stage, have products ready."

The consumer electronics industry is struggling to come back from a weak year in 2012, when an estimated $1.06 trillion worth of goods was sold around the world, down 1 percent from 2011, hurt by a weak European economy and flat TV sales in China.

The market is seen recovering this year, with global sales rising 4 percent to $1.11 trillion, pumped up due to renewed growth in the so-called BRIC countries, led by China, Brazil, Russia and India.

All the more reason for gadget makers to energetically tout their latest innovations. TV makers were somewhat chastened last year as enthusiasm for super-thin and vibrant organic light-emitting diode (OLED) TVs was hampered by production problems and delays. Now they have turned their focus to ultra-HD to drive consumer demand.

Steve Bambridge, business director for boutique research and consumer choices at GfK, said troubles making OLED sets are "not any secret." He added that while some makers planned to sell models this year after introducing them a year ago, he said he "won't be surprised if those go backwards."

Although the show has often unveiled the biggest and best of TV sets, the biggest electronics show in the Americas has increasingly been dominated by computers, tablets and mobile devices.

For good reason
In 2013, CEA and GfK predicted that for the first time, three categories of devices mobile personal computers, tablets and smartphones will account for over half of all consumer electronics spending worldwide.

Shawn DuBravac, the CEA's chief economist, said one trend at the show was the increasing number of exhibitors who display technology that uses a smartphone or tablet as their hub. He noted a 25 percent increase in exhibitors from health and fitness companies, including those that sell heart monitors and blood pressure applications.

He also said the clamshell design of laptop computers, which hasn't changed much in two decades, will face a significant challenge. He expects 30 to 40 different hardware designs for the laptop to be presented on the show floor. Some intriguing computers on display will be giant touch-screen tablets meant for lying flat, and laptops whose screens can swivel around or detach from the keyboard easily.

More companies are also expected to do more with devices that respond better to a wider range of gestures and more natural speech.